DETROIT, Michigan — The Salvation Army of Metro Detroit will launch its annual Red Kettle Campaign throughout Wayne, Oakland and Macomb counties on Friday, Nov. 11. This year’s goal is $8.2 million, a figure needed to ensure the organization can continue providing more than 3 million meals and nearly 700,000 nights of shelter each year to the less fortunate. 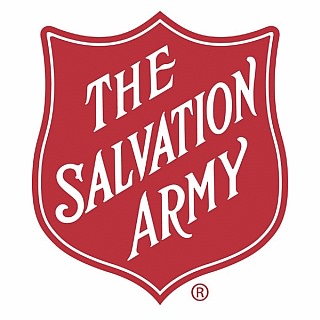 The annual Red Kettle Campaign is launching on the heels of statistics released by the U.S. Census Bureau in September, indicating Michigan’s poverty rate is 16.8 percent, the highest it has been in four decades, with median income levels continuing to fall.

The Salvation Army combats poverty by combining grassroots fundraising with special events designed to engage supporters through metro Detroit. The nonprofit is especially proud to note that all money raised at red kettle sites stays in the community in which it is given. Donations made online or by phone can be earmarked for specific communities as well.

The 2011 fundraising campaign also marks the start of a yearlong celebration marking The Salvation Army’s 125th year of service to Detroit.

Records indicate that The Salvation Army, one of Detroit’s oldest and most trusted charities, officially began serving Detroit in October 1887 in a rented space located above a fish market in the city’s Cadillac Square. Church meetings, which included attention-getting brass and drum bands, were held in the streets to bring the word of God directly to the people they aimed to help.

In the following years, the church and its followers, called Salvationists, faced resistance from the local city government because some viewed the meetings as a public disturbance.

An Indianapolis-based Salvationist named Colonel Blanche Cox, the area’s Provincial Leader, traveled to Detroit to lead the charge in allowing these open air meetings, standing up to authorities and fighting for The Salvation Army’s rights to freedom of speech.

Through Col. Cox’s persistence – and the help and financial support of James Scripps, owner of  The Detroit News, which published a front page article supporting Cox and The Salvation Army – justice and free speech won out. The Salvation Army obtained permission to hold meetings near the City Hall area in 1901.

Although The Salvation Army worked to help the poor and destitute all year long even then, Christmas assistance in particular soon became a major focus of the work in Detroit. The Red Kettle Campaign officially started in 1891 on the streets of San Francisco. Detroit host its first red kettles soon after.

“This area is facing record numbers of the poor and destitute needing basic human services such as enough food to eat and a place to lay their heads,” said Major Mark Anderson, general secretary and metro Detroit area commander of The Salvation Army of Metro Detroit. “Donating to The Salvation Army is the most direct way to help those touched by the state’s continued economic woes, because .85 cents of every dollar given in your community goes directly to fund programs that change lives.”

Five Ways to Give

The public is encouraged to attend a special ceremony featuring the lighting of the World’s Tallest Red Kettle – sponsored by Quicken Loans and measuring approximately 56 feet tall, 24 feet wide and lit by 25,000 lights – on Nov. 18 at Campus Martius Park in Detroit, just before the lighting of the City of Detroit’s Holiday tree.  Detroit Red Wings Executive Vice President and General Manager Ken Holland, Honorary Red Kettle Campaign Chair, and Quicken Loans’ CEO Bill Emerson, Honorary Red Kettle Campaign Corporate Chair, will be among those responsible for pulling the giant switch.

“The Red Wings organization is proud to support The Salvation Army again this year as they celebrate their 125th year of serving the people of Detroit,” Holland said. “It is an honor for our players and staff to support their Red Kettle Campaign this giving season.”

“Quicken Loans is committed to doing the right thing for our community, clients and team members,” Emerson added. “It is our honor to support the Salvation Army’s annual Red Kettle Campaign as it commemorates 125 years of extraordinary service to Detroit and southeast Michigan. We invite all corporations and individuals who have the means to donate and volunteer to help however they can at this time of great need.”

Religious persecution, whether of Christians or persons of other faiths, is an injustice against humanity. The Salvation Army is adamantly opposed to the religious persecution of any individual, community, organization or institution.

The persecution of Christians around the world is a grave concern. Salvationists have a particular scriptural responsibility to those who make up the worldwide Body of Christ. The Salvation Army is committed to praying for and upholding our brothers and sisters in Christ who suffer religious persecution.

Religious persecution of Christians may take the form of denial of the right to worship together in congregate bodies, to speak openly about Christ, to own or carry a Bible, to witness to others, or to raise children in the Christian faith. In other instances, people are denied the freedom to convert to Christianity. In some countries our brothers and sisters are subjected to political suppression and social discrimination, incarceration, torture or murder for their belief.

For those who would like to give their time to the cause, The Salvation Army still has volunteer spots for bell ringers open at the more than 400 red kettle locations it maintains throughout Wayne, Oakland and Macomb counties. All volunteer opportunities are posted at www.ringbell.org. Anyone can log on, pick a preferred location and a shift that is convenient for them.

About The Salvation Army

“The Salvation Army is a Christian organisation and part of the universal Christian Church. Its message and the lifestyle it advocates are based on the Bible’s teaching. Its work is to make known the good news about Jesus Christ and to persuade people to become his followers. Everything The Salvation Army does is rooted in the faith of its members. The confidence Salvationists have in a loving and caring God finds outward expression in their love for humanity and their practical response to human need.”

*A one‐time donation of $10 will be added to your mobile phone bill or deducted from your prepaid balance. Message and Data Rates May Apply. All charges are billed by and payable to your mobile service provider. Service is available on Verizon Wireless, AT&T, Sprint, and T-Mobile. By participating you certify that you agree to the terms and conditions, that you are 18 yrs or older, or have parental permission, and have authorization from the account holder. Donations are collected for the benefit of The Salvation Army by the Innovative Giving Foundation and subject to the terms found at igfn.org/t. Privacy policy: igfn.org/p. Text STOP to 80888 to stop; Text HELP to 80888 for help.