You are here: Home / Arts / Edsel Ford Presents An Evening of Unexpected Gifts

DEARBORN, Michigan – O. Henry’s classic story of unselfish love, “The Gift of the Magi,” and Menotti’s timeless American opera “Amahl and the Night Visitors,” come to life on the stage of the Edsel Ford High School Auditorium, Dec. 14-17, 2011. The curtain rises at 7 p.m. each night.

The Edsel Ford High School Performing Arts Department will present both short productions during “An Evening of Unexpected Gifts.” Each of these productions has an appeal for all ages, from the young to the young-at-heart, and are especially appropriate for the holiday season. 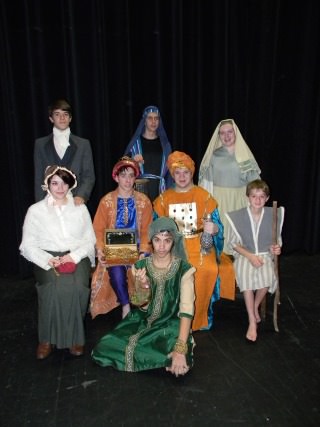 In Jon Jory’s adaptation of “The Gift of the Magi,” the time-honored tradition of the giving of gifts and unforeseen results is explored through the story of newlyweds Della (Meara Thierry) and Jim (Errick Lisk).

Both productions will be performed by the Performing Arts Students of Edsel Ford High School. Joining them for “Amahl” are students from DuVall, Howe and O.L. Smith Schools, along with Edsel Ford parents and alumni and Dearborn Public Schools music faculty, both onstage and in the orchestra.