You are here: Home / Business / Fay Beydoun Selected for ‘Women Making a Difference’ 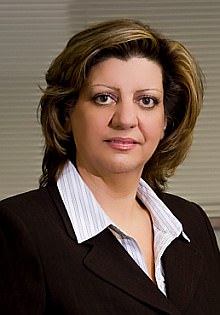 In a press release issued by the Arab Chamber yesterday, AACC executive Director Fay Beydoun said: “I am honored and humbled by the recognition.  The foundation has excelled at building the next generations of leaders by providing education, leadership and philanthropic opportunities for young women.”

The nonprofit organization champions the cause of social justice for women and girls in Michigan. The women were selected for making a positive impact and improving the lives of young women throughout the state every day. The foundation plans to recognize the women at its 25th anniversary celebration on March 26, 2012 at the Motor City Convention Center.

Since leading the American Arab Chamber of Commerce in 2008, Fay Beydoun has used her talent and expertise to benefit the Chamber and the community with great enthusiasm, dedication and humility. For most, her leadership has had positive rippling effects at the local, national and international level.

“Fay Beydoun is a visionary leader setting a good example and mentoring Arab American women. She has devoted her time to serving the business community and the community at large. She is a firm believer in empowering entrepreneurs, specifically women. Growing up in Dearborn, as an immigrant and a daughter of an immigrant family, she has mobilized and directed thousands of volunteers for various causes, social, political and economic, as part of her strong believe in giving back to her community.” ~ AACC press release.

The American Arab Chamber of Commerce is the largest Arab-American business organization in the United States, delivering services and counsel to more than 1,500 companies, ranging from small businesses to multinational corporations and executive professionals. The Chamber is also the main business and trade link between the United States and the Middle East, with a major current goal of making Michigan a hub for trade for the MENA region.