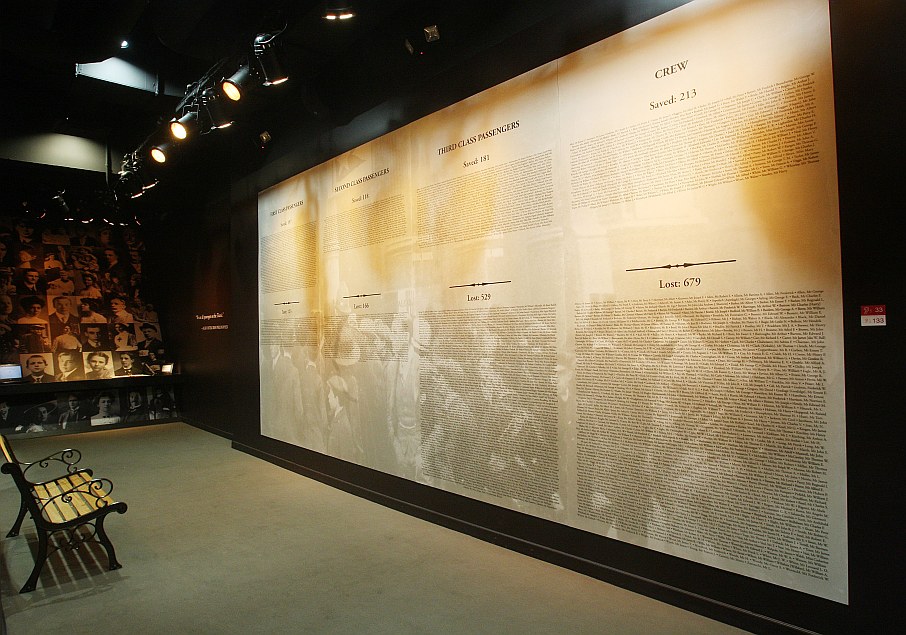 The Titanic Memorial Wall - displays names of saved and lost passengers and crew - on display at The Henry Ford Museum in Dearborn, Michigan 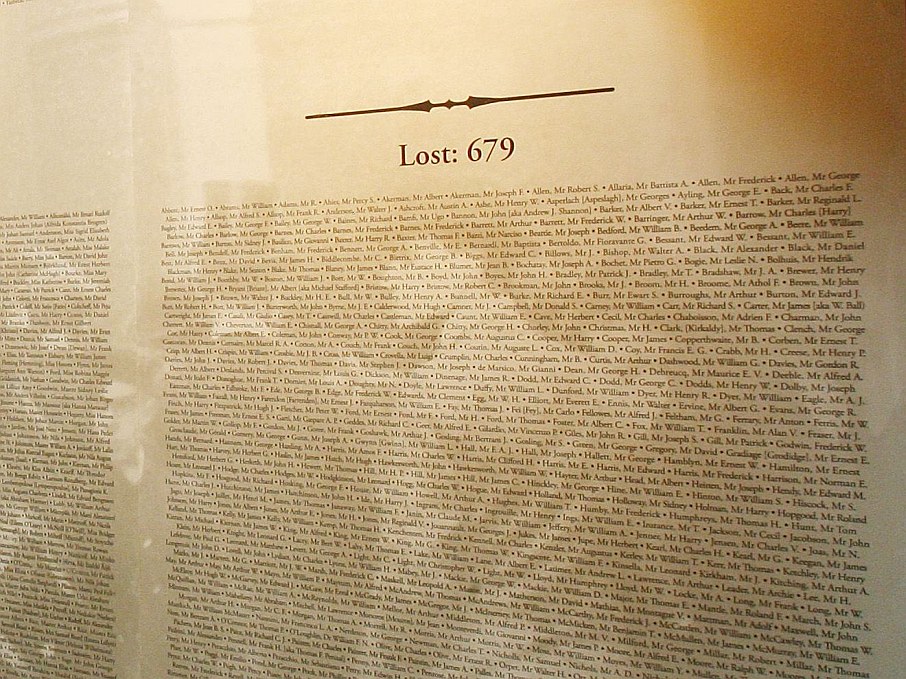 Partial display of the list of 679 RMS Titanic crew members who lost their lives when the ship sank on April 15, 1912