DEARBORN HEIGHTS, Michigan – State Representative Bob Constan announced his candidacy yesterday for the open 8th District seat on the Wayne County Commission, citing his vision for what he sees as the vital role of the Commission in Wayne County Government.

“Our next Wayne County Commissioner must bring a new approach to the  office,” Constan said. “The residents of the new 8th District must be represented vigorously and effectively.” 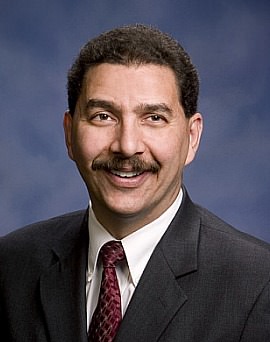 Constan, a lifelong Democrat and resident of Dearborn Heights, hopes to improve what he sees as the role of the Wayne County Commission in County Government.

Constan, serving his third and final term as State Representative, is a former member of the Dearborn Heights City Council. He takes great pride in his commitment to each office he has held.

One of the few State Representatives in Lansing to boast a 100 percent perfect attendance and 100 percent voting record, Constan plans to bring that same dedication to the role of Wayne County Commissioner for the new 8th District.

The district includes all of Dearborn Heights and Redford Township and a southeast section of Livonia, south of Five Mile Rd. and east of Middlebelt.

Constan chaired the Government Operations Committee during the last legislative session and is the current Minority Chair of the House Tax Policy Committee in Lansing, among other committee assignments.