DEARBORN, Michigan – Rogers and Hammerstein’s classic musical The King and I  comes to life on the stage of the Edsel Ford High School Auditorium, at 7 p.m., Thursday through Saturday, May 3, 4 and 5. An additional matinee will be performed at 3 p.m. on May 5, 2012.

The Edsel Ford High School Performing Arts Department will present this classic musical production, which has an appeal for all ages. 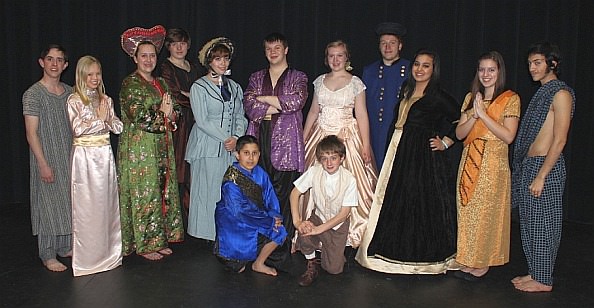 Students from DuVall Elementary, Stout Middle School and other Dearborn Public Schools support the performing Arts Students of Edsel Ford High School in “The King and I.” The younger students appear in principal roles as well as in the chorus and dance scenes of this musical production.

The story of “The King and I” depicts the experiences of a British schoolteacher, Anna, who is hired as part of the King of Siam’s drive to modernize his country in the 1860s. The relationship between the King and Anna is marked by conflict through much of the play, as well as by a love that neither is able to express.

“The King and I” is the fifth musical by the team of “Rodgers and Hammerstein” Richard Rodgers and Oscar Hammerstein II. It premiered on Broadway in 1951.

The musical is based on the 1944 novel Anna and the King of Siam by Margaret Landon and derives from the memoirs of  Anna Leonowens, who became governess to the children of King Mongkut of Siam in the early 1860s.