You are here: Home / Arts / Dearborn Symphony 50th Season Climaxes With a Fanfare!

DEARBORN, Michigan – Under the baton of Conductor Kypros Markou, the Dearborn Symphony’s Golden Anniversary season climaxes on Friday, May 18 at 8 pm at Dearborns’ Ford Community & Performing Arts Center. The concert opens with Mendelssohn’s fiery “Reformation Symphony.” Beautiful and tumultuous, the Symphony is punctuated with heart melting strings and brass fanfares. The stormy opening movement weaves the familiar “Dresden Amen” throughout as a peaceful counterpoint. The second and third movements provide dance-like interludes that preface the triumphant ending based on Martin Luther’s majestic Chorale Fantasy “A Mighty Fortress is Our God.” 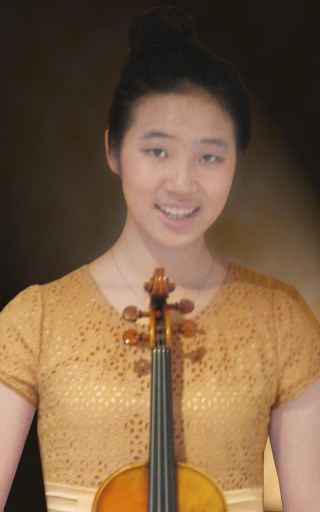 This concert is the orchestra’s annual celebration of youth. A perennial favorite, if you haven’t attended before, don’t be fooled by the moniker “youth,” that features the two winners of the Dearborn Symphony’s Youth Artists Solo Competition. This very competitive and prestigious competition is intended to discover, recognize and encourage youth with exceptional musical talent in Southeastern Michigan who study classical music. Contestants pay an application fee to compete for this much sought-after award, and are judged by principals from the Dearborn Symphony, members of the Detroit Symphony, and music educators. In addition to a monetary prize, the winners are invited to solo with the Dearborn Symphony. Several past winners have gone on, in some cases immediately, to prominent music institutions and are now on world tours as major talents.

At this year’s competition, Haeji Kim, violin, and Yiran Liu, piano amazed the judges as they played with passion and skill far beyond their years. The competition was funded in part by generous support from Janet and William Leslie and Anne and Donovan Bakalyar. The winner’s cash awards are generously funded by the Frank and Mary Padzieski Trust and Anina and Ben Bachrach.

Winner and finalist of many national competitions, including first place 2010 Young Music Artists Audition in New York, Haeji studies with Stephen Shipps at the University of Michigan. She will perform the third-movement of Max Bruch’s Violin Concerto No. 2. A master at crafting rich, beautiful melodies, Bruch said he wrote for the violin because it “can sing a melody, and melody is the soul of music.” The virtuosic third-movement ranges from lyric beauty to fiery technique. The piece fulfills Bruch’s goal of writing audience appealing, tuneful music. 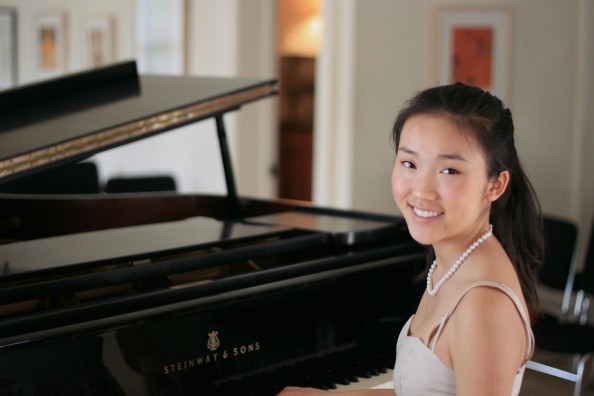 Yiran has won an equally impressive number of competitions including the Michigan Music Teachers Association Piano Solo Competition and a $2000 merit scholarship for Interlochen Fine Arts Camp. She will perform the first movement of Camille Saint-Saëns Second Piano Concerto. Picking out tunes on the piano at age two, composing at three, and concertizing at 10, Saint Saëns was recognized as a virtuoso, so it is no surprise that his piano concertos, written for himself, required both technical brilliance and sensitive expression. Flowing and winding, the fiery first movement soars to dramatic arpeggios and a powerful end!

The final piece, Tchaikovsky’s “Capriccio Italien,” that features the budding musicians of the Youth Symphony sitting alongside the musicians of the Dearborn Symphony, will bring the 50th anniversary season to festive climax.

Tchaikovsky spent the winter of 1880 in Rome where he relaxed and absorbed the Roman atmosphere. Observing the Italian inclination to burst into song at any time, Tchaikovsky was inspired to write a piece based on melodies heard during that stay. The opening trumpet fanfare imitates a bugle call that he heard daily from his hotel, which neighbored the barracks of the Royal Italian Cuirassiers. Throughout the piece, Tchaikovsky integrated splashes of folk-color and other beautiful melodies heard during the Roman Carnival, along with his own composed in the same style. The tarantella known in Italy as the Ciccuzza concludes the piece with a dazzling flourish.

The concert is funded in part by the Exchange Club of Dearborn.

Concert goers are reminded that if they subscribe to the Symphony’s 2012-13 season at the May 18 concert, they will receive a corsage courtesy of Ken Baron’s Florist and Gifts.

Tickets ranging from $15 to $30 (student $10) in balcony, box and lower level are available by phoning the Symphony at 313-565-2424 or at the theater box office at 313-943-2354. Visit dearbornsymphony.org for more information. Contact the Symphony office for group discounts.