DEARBORN, Michigan – Gary Woronchak has announced he is a candidate for re-election to the Wayne County Commission.  Woronchak, D-Dearborn, has served on the commission since 2005, and is currently the chairman of the commission, elected by his colleagues to that position last year. The former state legislator and newspaper editor is running in the 13th District, which includes Dearborn and Allen Park. 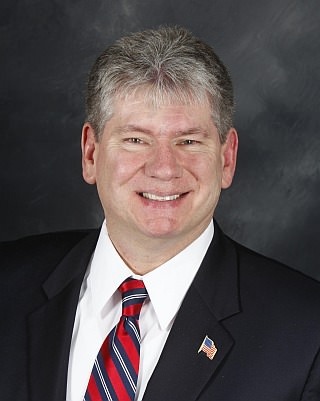 “Our county is facing some unprecedented challenges and the role of the Wayne County Commission in addressing those concerns is more important than ever,” said Woronchak. “I will respectfully ask the voters I have served for several years to re-elect me to the commission so I can continue to strengthen oversight of county government while working to resolve our budget concerns so we can maintain delivery of services with declining resources.”

A federal investigation that began last fall has included records being subpoenaed and has resulted in the firings, resignations and arrests of appointees in the administration of County Executive Robert Ficano. Under Woronchak’s chairmanship, the Wayne County Commission has responded with a series of resolutions and ordinances designed to tighten their oversight of the administration.

Woronchak himself authored an ordinance adopted by the commission to prevent secret, big-money deals for county appointees such as a $200,000 severance payment made last year without the commission’s knowledge or approval to the former economic development director who voluntarily left her post to become director of Metro Airport.

He also was instrumental in the creation of the county’s first-ever Ethics Ordinance, the process for which he set in motion months before the legal controversies became known last fall. The Ethics Ordinance sets up standards of conduct for county officials and employees to avoid conflicts of interest and other practices, and establishes an Ethics Board to hear complaints of violations of the ordinance.

Deadline for filing documents to run for the office was Tuesday. Woronchak is unopposed in the Aug. 7 primary election and will be challenged on the Nov. 6 general election ballot by J. Scott Saionz.

Woronchak is currently in his fourth term on the commission, which is the legislative branch of county government, responsible for approving the county budget, enacting ordinances and approving contracts and appointments.

Before being elected to the Wayne County Commission, he served three terms in the Michigan House of Representatives. As Dearborn’s state representative, Woronchak sponsored 22 bills that were signed into law, lowering taxes, protecting senior citizens, helping families save for college and more.

Among his most notable accomplishments as a state legislator was amending the state School Aid Act to increase funding for at-risk students in Dearborn Public Schools – getting the school district $2.5 million more per year than it otherwise would have received for nearly 10 years.

Woronchak’s work as a state representative and county commissioner is examined in more detail on his website, CommissionerGary.com.

Before being elected to public office, Woronchak worked more than 20 years as a journalist, most of that as editor of the Dearborn Press & Guide.

He is a graduate of Edsel Ford High School and Henry Ford Community College, and holds a degree in political science from the University of Michigan-Dearborn.