You are here: Home / Community / U.S. Attorney To Hold Townhall on Immigration Law

The Townhall meeting will be held at Dearborn City Hall, 13615 Michigan Avenue, in Dearborn on Thursday, May 17 at 6:00 p.m.  The event is open to the public. 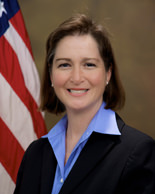 McQuade will be joined by Dearborn Mayor Jack O’Reilly in welcoming local residents to a discussion which will include navigating the path to citizenship and enforcement of federal immigration laws in the Eastern District of Michigan.

The idea for the event spawned from the ongoing community/law enforcement dialogue facilitated by BRIDGES.  BRIDGES was formed in the aftermath of 9/11 to foster communication and trust between law enforcement and the Arab American and Muslim communities.

In the spirit of advancing that cause and bringing the broader community together to discuss this very important issue, the United States Attorney’s office has put together a town hall meeting entitled, “Federal Immigration Law: An Informed Public is and Empowered Public” which will be held at the Dearborn City Hall, 13615 Michigan Avenue on Thursday, May 17 from 6:00 p.m. until 8:00 p.m.