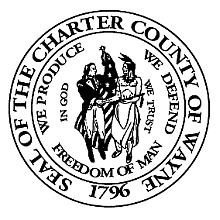 The resolution will be discussed at a meeting of the commission’s Committee of the Whole on Thursday, May 24 at 10 a.m. in the county’s headquarters in the Guardian Building in downtown Detroit.  Woronchak’s action follows unsuccessful attempts by Commissioner Laura Cox, R-Livonia, to have the measure taken up at the Commission’s regular meeting this morning.

“Contrary to some early reports, I did not personally block Commissioner Cox’s attempts to force the issue today” said Woronchak, D-Dearborn. “We followed the procedures and rules of the commission, and when she finally made a proper motion under our rules, the commission voted against her request to add the resolution to today’s agenda.”

Cox attempted to have the matter taken up today with two procedural motions. One was ruled out of order by the chairman because it was not made at an appropriate place on the agenda, and the full commission did not challenge the ruling of the chair.

Cox later made a proper motion under the “New Business” portion of the agenda to have the resolution added, and after some debate, the full commission rejected taking it up today by a 9-6 vote.

“This resolution has been in process for a few months, and up until now it appeared there was just one commissioner interested in moving forward,” said Woronchak. “I have consistently indicated that if a growing number of commissioners wanted to take it up, we would have the debate.”

“Consistent with that position, since six commissioners voted to add it to the agenda today, I have referred it to the Committee of the Whole, where we will discuss the matter thoroughly. And the entire commission, not just one member, will decide where it goes from there.”