DEARBORN, MI – Michael Mohamad Agemy, a 47 year old Dearborn resident was arrested on June 17, 2012 near the Islamic Center of America on Ford Rd. 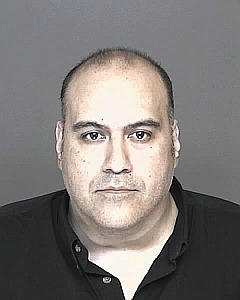 Many details on the case are unknown at this time.  The arrest does not indicate a conviction. Under U.S. law a suspect is considered innocent until proven guilty.

However,  a man named Michael Mohamed Agemy (same name) was arrested in 2003 in a major suburban drug ring roundup.  A DEA report dated August 14, 2003 said:  “Following a long term investigation into cocaine distribution throughout the Western and Downriver suburbs of Detroit, United States Attorney for the Eastern District of Michigan Jeffrey G. Collins and Acting Special Agent in Charge Gary Oetjen of the U.S. Drug Enforcement Administration (DEA) in Detroit announced an 11 count federal grand jury indictment of 22 individuals from the Detroit and Chicago areas as well as the Source of Supply in Mexico on drug trafficking charges. The investigation was conducted jointly between the DEA and Dearborn, Michigan Police Department with assistance from a number of local and federal law enforcement agencies.”