You are here: Home / Community / Exercise of Free Speech in Dearborn Improving?

Last month I revisited the annual Dearborn Arab-American Festival after a two-year hiatus. You see, two years ago I vowed to never return to Dearborn [Ed: see July 2010 letter from Joe Carey at bottom of linked article] after an encounter at the festival in 2009 in which I, my wife, and several friends were physically man-handled and assaulted by festival security personnel for exercising our First Amendment rights handing out literature to which others took offense. The literature was not crude, rude, or obscene in any way, but it was offensive to some because it challenged the basic tenets of Islam, a “crime” apparently which justifies assault. 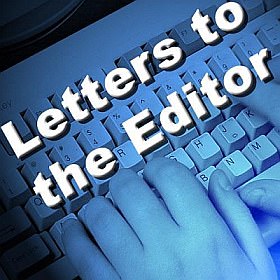 My visit this year was markedly different. I am grateful to the Wayne County Sheriff Department and their handling of festival security and crowd control. I was able to exercise my free speech right guaranteed by our Constitution. I handed out literature without incident and was able to engage in meaningful and respectful conversation with many festival attendees. But I have to wonder what caused such a dramatic shift from a few years back. Was it the lawsuit the city lost, which cost taxpayers a great sum of money to teach city leaders, including the mayor and police chief, a much-needed lesson in civil rights?

And while praising the Wayne County Sheriff Department for it’s more tolerant handling of matters, I must point out one glaring error I believe they made.

The festival was marred by a group purporting to be Christian missionaries who came bearing a pig’s head on a pole and banners that were confrontational. Taking offense to the banners and pig head, the crowd became criminally hostile, engaging in what would normally be called assault, while deputies stood by and did nothing to stop the violence.

As a Christian missionary myself, I cannot condone the tactic and approach used by the confrontational group. But they do have a right to free speech, as offensive or distasteful as it might be. And their offensive material gives no warrant to the crowd to engage in criminal activity while law enforcement implicitly endorses such criminal activity by failing to stop it.

It seems Dearborn and Wayne County still have a bit more to learn about civil rights.