As a student at Cornerstone Schools, I was grateful for all of the opportunities I was afforded. I can distinctly remember an essay contest in 7th grade entitled, “My American Hero” where we were asked to write about our own personal hero’s in our lives. I chose to write about Mr. Clark Durant because I truly admire his work with Cornerstone. Of course, I did not know him personally at the time, but just knowing what he was capable of when it came to Cornerstone was enough to help me win the essay contest. A few weeks later, I was in his office having lunch with him and talking about how grateful I was for a school like Cornerstone. 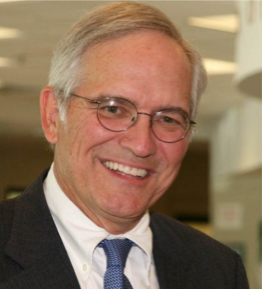 From that moment on, I could see not only how important Cornerstone was to him, but how Cornerstone was important to Detroit as well. The idea, that children should be able to receive a quality education regardless of background and circumstances and to also present an entirely different way of teaching is beyond brilliant. I personally have many people to thank for me being where I am. And I have many days where I think of where I could have been. My mother is a strong advocate for education, but even as a single parent, she could not raise me alone. With the help of Cornerstone Schools, she raised me with very strong morals and beliefs. Yes, I can tell you how much I adore the teachers, I can even tell you how much I love the staff, I could even go as far as to tell you how much I admire the administration and executives at Cornerstone but without the vision of Clark Durant and others, none of this would exist.

Mr. Clark Durant has become my mentor and friend. I am so grateful for our relationship because he always reminds me of the person I would like to become. He is someone who motivates others to become the very best regardless of circumstances, tribulations, and/or environments. He believes in the definite truth that anyone can succeed in this country. It is this motivation that continues to allow me to persevere despite obstacles that state that I should not be anything more than a statistic.

It should be noted that I graduated from Cornerstone Schools in 2005 and currently attend DePaul University in Chicago, IL. I am studying health science with a concentration in policy and administration and a minor in community service studies. I plan to attend graduate school in the fall as well.