You are here: Home / Community / Candyce Abbatt Ready to Be Next District Court Judge

DEARBORN, MI — The primary election is nearly upon us. The Abbatt campaign for Dearborn District Judge is in full gear and ready for Tuesday, August 7, 2012. Candyce Ewing Abbatt and her husband Bill have walked nearly every city street in Dearborn in their door to door campaign. 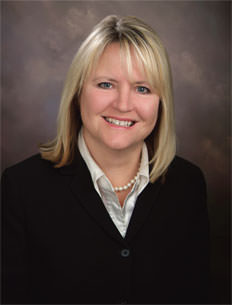 “We started in March on Gary Street near Wyoming, and we’ve been through every subdivision in the city” says Abbatt.

What do they hear at the door? “Folks in Dearborn are ready for change in the District Court” indicates Abbatt. “It’s time for a fresh start—that begins now.”

In the recent Detroit Metropolitan Bar Association rating of judicial candidates, Abbatt was the only candidate for Dearborn District Judge rated “Well Qualified.” “When you need a recommendation for medical treatment, you ask a doctor. When you need a recommendation for judge, you should rely on the endorsement of other legal professionals. This was a very thorough evaluation consisting of a lengthy questionnaire, references from the bench and bar, writing sample and a one hour interview with a panel of judges and lawyers,” comments Abbatt.

Just reappointed by Mayor Jack O’Reilly in June 2012, Abbatt has had a devotion to the public library system since childhood. “But for the public library in my neighborhood, I would never have had the opportunity to read, learn and be the first in my family to graduate from university.”

A practicing lawyer for nearly thirty years, and partner in her firm, Abbatt serves on the Board of the Wayne State Law School and has contributed writings to the State Bar of Michigan Journal, Dearborn Press and Guide, Dearborn Patch and Huffington Post. Abbatt was appointed in 2011 by Attorney General Bill Schuette to the Detroit Medical Center Legacy Board which oversees the commitment to indigent care in Detroit by Vanguard.

Candyce and husband Bill co-chaired the Oakwood Foundation Sanctuary Project which helped to raise funds for the renovation of the hospital chapel, allowing for a more diverse presence. “Bill, the girls and I have had some poignant moments at that hospital, it was important for us to give back, to make sure patients and family members had a place for spiritual support when needed.” The renovated chapel was unveiled in 2011. The Abbatts have long been members of the Oakwood Hospital Presidents Society and the Anthony Wayne Society in recognition of their continued giving to the community.

Abbatt has impressive of endorsements, including:

In her spare time, Abbatt loves to garden and write. She has a popular garden blog Zone Five and a Half.  “I can’t think of a better way to serve my community than as District Court Judge.”