You are here: Home / Editorial / How ‘Religious Defamation’ Laws Would Ban Islam

EDITORIAL – As the Islamic world, in the guise of the 57-member state Organization of Islamic Cooperation (OIC), continues to push for the enforcement of “religious defamation” laws in the international arena — theoretically developed to protect all religions from insult, but in reality made for Islam — one great irony is lost, especially on Muslims:  if such laws would ban movies and cartoons that defame Islam, they would also, by logical extension, have to ban the religion of Islam itself — the only religion whose core texts actively defame other religions. 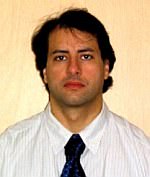 To understand this, consider what “defamation” means. Typical dictionary-definitions include “to blacken another’s reputation” and “false or unjustified injury of the good reputation of another, as by slander or libel.”  In Muslim usage, defamation simply means anything that insults or offends Islamic sensibilities.

However, to gain traction among the international community, the OIC maintains that such laws should protect all religions from defamation, not just Islam. Accordingly, the OIC is agreeing that any expression that “slanders” the religious sentiments of others should be banned.

What, then, do we do with Islam’s core religious texts — beginning with the Quran itself, which slanders, denigrates and blackens the reputation of other religions? Consider Christianity alone: Quran 5:73 declares that “Infidels are they who say Allah is one of three,” a reference to the Christian Trinity; Quran 5:72 says “Infidels are they who say Allah is the Christ, [Jesus] son of Mary”; and Quran 9:30 complains that “the Christians say the Christ is the son of Allah … may Allah’s curse be upon them!”

Considering that the word “infidel” (or kafir) is one of Islam’s most derogatory terms, what if a Christian book or Western movie appeared declaring that “Infidels are they who say Muhammad is the prophet of God — may God’s curse be upon them“? If Muslims would consider that a great defamation against Islam — and they would, with the attendant rioting, murders, etc. — then by the same standard it must be admitted that the Quran defames Christians and Christianity.

Similarly, consider how the Christian Cross, venerated among millions, is depicted — is defamed — in Islam: according to canonical hadiths, when he returns, Jesus supposedly will destroy all crosses; and Muhammad, who never allowed the cross in his presence, ordered someone wearing a cross to “take off that piece of idolatry.”

What if Christian books or Western movies declared that the sacred things of Islam — say the Black Stone in the Ka’ba of Mecca — are “idolatry” and that Muhammad himself will return and destroy them? If Muslims would consider that defamation against Islam —  and they would, with all the attendant rioting, murders, etc . — then by the same standard it must be admitted that the hadith defames the Christian Cross.

Here is a particularly odious form of defamation against Christian sentiment, especially to the millions of Catholic and Orthodox Christians. According to Islam’s most authoritative Quranic exegetes, including the revered Ibn Kathir, Muhammad is in paradise married to and having sex with the Virgin Mary.

What if a Christian book or Western movie portrayed, say, Muhammad’s wife, Aisha the “Mother of Believers,” as being married to and having sex with a false prophet in heaven? If Muslims would consider that a great defamation against Islam — and they would, with all the attendant rioting, murders, etc. — then by the same standard it must be admitted that Islam’s most authoritative Quranic exegetes defame the Virgin Mary.

Nor does such defamation of Christianity occur in Islam’s ancient texts only; modern day Muslim scholars and sheikhs agree that it is permissible to defame Christianity. Qatar-based “Islam Web” even issued a fatwa that legitimizes insulting Christianity.

Now consider the wording used by Muslim leaders calling on the U.N. to enforce religious defamation laws in response to the Muhammad film on YouTube, and how these expressions can easily be used against Islam:

The OIC “deplored… an offensive and derogatory film on the life of Prophet Muhammad” and “called on the producers to show respect to the religious sentiments held sacred by Muslims and those of other faiths.”

But what about the “offensive and derogatory” depictions of Christianity in Islam’s core texts? Are Muslims willing to expunge these from the Quran and hadith, “to show respect to the religious sentiments held sacred … by those of other faiths,” in this case, Christians?

Well, what about the fact that Islam “insults religions”—including Judaism and all polytheistic faiths? Should the West call for “international legal regulations against attacks on what people deem sacred,” in the case of Christianity, regulations against Islam’s teachings which attack the sanctity of Christ’s divinity, the Cross, and Virgin Mary?

Even Saudi Arabia’s Grand Mufti — who a few months ago called for the destruction of all Christian churches in the Arabian Peninsula (first reported here) — is now calling for a “global ban on insults targeting all” religious figures, while the Grand Imam of Egypt’s Al Azhar is calling for “a U.N. resolution outlawing ‘insulting symbols and sanctities of Islam’ and other religions.” Again, they, too, claim to be interested in banning insults to all religions, while ignoring the fact that their own religion is built atop insulting all other religions.

And surely this is the grandest irony of all: the “defamation” that Muslims complain about — and that prompts great violence and bloodshed around the world — revolves around things like movies and cartoons, which are made by individuals who represent only themselves; on the other hand, Islam itself, through its holiest and most authoritative texts, denigrates and condemns — in a word, defames — all other religions, not to mention calls for violence against them (e.g., Quran 9:29).

It is this issue, Islam’s perceived “divine” right to defame and destroy, that the international community should be addressing — not silly cartoons and films.