You are here: Home / Business / What Would George Washington Carver Say About Coal?

Back in 2008, candidate Barack Obama said his administration would bankrupt any attempt to build new coal-fueled plants, and now his EPA is taking a strong step toward doing just that. The carbon dioxide standards they’re setting are both environmentally unnecessary and financially impossible. No wonder Michael Brune of the Sierra Club hails it as helping “put an end to the proposition that coal belongs in our energy future.” 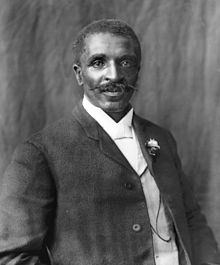 When I read this, my mind traveled back a few years to when I happened on George Washington Carver’s birthplace (now a National Monument) at Diamond Grove, Missouri. As a schoolboy, I’d been captivated by a Carver biography, which traced his life from slavery during the Civil War to achievement as a world-class scientist, passing up lucrative and prestigious offers to teach at Alabama’s humble Tuskegee Institute. Still, I had no idea how respected he’d been until, at the visitors center, I read letters from both Henry Ford and Joseph Stalin inviting him to come work for them.

As a scientist, Carver approached nature, prayerfully, with a sense of wonder, confident that the Creator had placed treasures there for man to discover and employ for his protection and prosperity. And discover them he did; from the humble peanut he was able to extract dyes and plastics; from the sweet potato, candles and pastes.

What might he have made of coal, had he been the first to come across it? As ingenious as he was, he probably would have teased out such products as solvents, soaps, and silica, all coal products now in common use, thanks to the research of others. But surely, along the way, he would have noticed that it burned readily and substantially. Imagine his delight in proclaiming that the Lord had given the Tuskegee community, and the world, a product from the ground, which could help heat chilly dorms, labs, and classrooms through the winter. (And it costs just peanuts.)

Imagine, also, his astonishment, were he around to hear that the administration was determined to put a lock on the hundreds of billions of tons of coal underground in America. After all, this is a day when Americans are striving mightily to get the squeak out of every pig, whether through building plants to burn garbage (a main project for Waste Management corporation) or producing a sort of “hamburger helper” from beef extras (derisively and unfairly called “pink slime”). How can you strain to make the most of one resource while throwing away another when it is doing so much more good than harm and can be made more beneficial and safe with each passing year?

You don’t have to be a Christian George Washington Carver to notice that everything on earth has a telos, a purpose, which it behooves us to discover. Every semester, I read (and teach) Aristotle’s Metaphysics, where we’re told that everything has four factors for its existence — matter, form, a shaper, and, yes, a direction for full employment, a “final cause.” Surely Aristotle and Carver alike would conclude that seams of coal were meant for more than separating adjoining strata of limestone or shale. Wouldn’t it be more reasonable to suppose that the Creator put coal there to warm and otherwise bless people through the energy its burning produced? And yet, we’re ready to close the book on coal.

But, you may object, I’ve introduced religion into the equation — not fair or relevant in a pluralistic nation. First, I’m not talking about a narrowly sectarian deity, but an Intelligent Designer, the sort referenced in the Declaration of Independence. And whatever faith I’m exercising, it’s no greater than the faith the enemies of coal show in the theory of man-made global warming, with its corollary that more coal-fueled plants will mean significant harm for America. Theirs is a stout yet unfortunate faith which turns a blind eye to the stewardship of an astonishing trove of energy.

Where is George Washington Carver when we need him? Or at least an administration with his spiritual vision?

Mark Coppenger, Ph.D., is professor of Christian Apologetics at Southern Baptist Theological Seminary, Louisville, Ky., and a contributing writer for The Cornwall Alliance for the Stewardship of Creation. Reprinted with permission.

Editors note: Henry Ford greatly admired the work of George Washington Carver, and a memorial to the greatness of Carver was built in 1942 at Greenfield Village in Dearborn, Michigan.