You are here: Home / Archives for Mark Coppenger 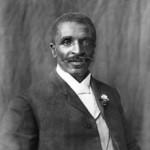 Back in 2008, candidate Barack Obama said his administration would bankrupt any attempt to build new coal-fueled plants, and now his EPA is taking a strong step toward doing just that. The carbon dioxide standards they’re setting are both environmentally unnecessary and financially impossible. No wonder Michael Brune of the Sierra Club hails it as helping … END_OF_DOCUMENT_TOKEN_TO_BE_REPLACED