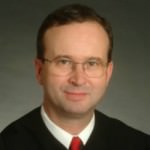 DEARBORN, Michigan –  The City of Dearborn is not obligated to pay $1.17 million resulting from a former 19th District Court employee’s federal lawsuit against Judge Mark Somers, according to a decision issued Friday by U.S. District Judge David M. Lawson. In June 2011, a federal court jury awarded $734,361 in compensatory and punitive damages to … END_OF_DOCUMENT_TOKEN_TO_BE_REPLACED

Livonia, MI  – Rivers Edge Community Credit Union (RECCU) and Co-op Services Credit Union (CSCU) have announced their intent to merge at the end of the year. “I’m very excited about the opportunities this partnership will provide both our memberships. This is very much a win-win for all of our members and the communities we serve,” said Thomas Fisher, … END_OF_DOCUMENT_TOKEN_TO_BE_REPLACED 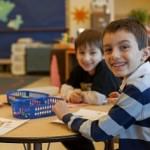 DEARBORN HEIGHTS, MI - Julie Bawulski, admissions director for Dearborn Heights Montessori Center, recently confirmed that the school is continuing to accept enrollment applications for the 2013-14 school year. “We offer authentic Montessori programs for children from 18 months through 14 years of age,” said Bawulski.  “During the past 41 years, we’ve … END_OF_DOCUMENT_TOKEN_TO_BE_REPLACED 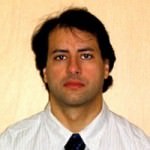 EDITORIAL - Evidence that Egypt's Muslim Brotherhood was directly involved in the September 11, 2012 terrorist attack on the U.S. consulate in Benghazi, where Americans including U.S. ambassador to Libya Chris Stevens were killed, continues to mount. First, on June 26, 2013, I produced and partially translated what purported to be an internal Libyan … END_OF_DOCUMENT_TOKEN_TO_BE_REPLACED 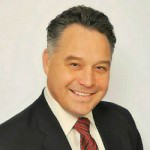 DEARBORN, Michigan - Patrick Melton is running for Dearborn City Council, and Melton "believes that public service is more about listening than talking, and more about action than avoidance". With 22 years of experience in the Wayne Country Sheriff’s department  - serving as Director of Law Enforcement and Business Outreach - Melton "understands that … END_OF_DOCUMENT_TOKEN_TO_BE_REPLACED