Fakhoury explained in a recent interview: “These tenants are crying. They’re crying for help. They’re hurting and somebody has to listen to why they are hurting. Nobody is smarter than somebody who is working in the district or has a business in the district. They have the best feedback, and [we should] use that feedback to work with City Hall — not to say ‘You know what? Single that guy out. He’s always trouble. Always trouble. All he does is complain about paid parking.’ ” 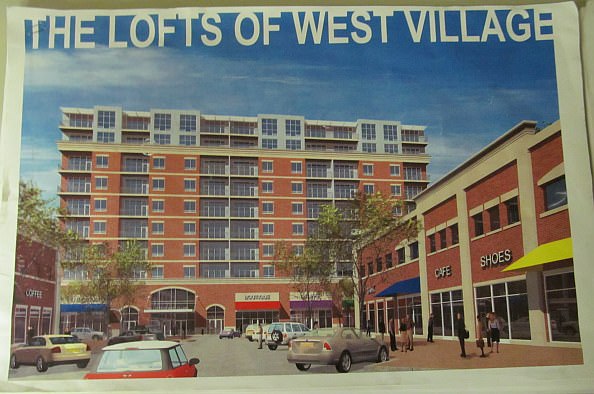 Artistic rendering of The Lofts of West Village – a proposed development that was never constructed.

The rumor mill can be vicious, and rumors frequently consist of 20% fact, 30% exaggeration and 50% speculation. It’s a recipe for trouble. In the past decade, other Dearborn commercial real estate investors have faced similar challenges.

Norm Newman had similar problems with gossip and rumors  in 2009 when Newman had a number of  empty buildings and too many “For Lease” signs — with no indication of progress for several years. The gossip going around town was that Mr. Newman was “difficult to deal with” and the “high rent was scaring away potential new business”.  Often these rumors are perpetuated by people who have no knowledge of the facts, don’t own a business, and have never spoken directly with the landlord or property owner.

“If  you’re an investor in west Dearborn, and you’re trying to maintain these investments during the worst economy in our lifetime and dealing with stuff like this … Dearborn is like Payton Place – once you start a story here, by the time it comes around it’s 100 times bigger – and it’s very tough to manage, operate and function in this town when you have these issues” commented Fakhoury.

The public opinion about Newman Properties shifted dramatically when Norm Newman brought in new tenants like Biggby Coffee in 2011 and Goodwill in 2012, followed by ValuLand in 2013.

Jennifer Knott Giering, former President of the Dearborn Chamber of Commerce spoke in favor of the new Goodwill store at the corner of Michigan and Military, saying: “First and foremost,  I think it’s going to re-invigorate that corner of Michigan Avenue. Norm Newman has done a really nice job filling up the north-south development with some great businesses… and I think to drive foot traffic to the bakery and Biggby and whatnot…  It’s going to turn an empty building into a thriving corner. ”

Mr. Fakhoury grew up on Culver Street, near Oakwood Hospital, and attended Stout Junior High and Edsel Ford High School.  He has Dearborn in his blood.  Fakhoury and his partners have invested millions of dollars in west Dearborn real estate projects like the Panera Bread building.

“Part of my issue is the misconception that the city ‘puts into the street’ through relationships – whether it’s people on the DDA or through the press in articles that they put out – that the vacancies are due to my not wanting to (or inability) to lease – and that’s a complete misconception. A lot of the problems that I have and lot of the tenants I’ve lost is because of the City of Dearborn,”  Fakhoury complained.

“So here you have a vacant building and this is the same thing that has happened building after building with my tenants… When you buy a building, you get it under contract and you submit your economics to the bank. Here you have a tenant, these are your payments and this is the income — and if you don’t factor reinvestment, the bank will not allow you to take money out of your pocket (or from them) to continue on that tenancy” stated Fakhoury.

Fakhoury said he has negotiated lower lease payments for business owners whenever possible.  “Back in the 2000’s you could get $30 per square foot or $25 per square foot, and right now the average dollars per square foot is maybe $10? So how do you justify with the bank to make an investment when you are getting $10 a square foot? So you try to maintain the status quo… So this is part of the misconception that’s really hurt my name and reputation … and when potential tenants would go the city and the city would say: ‘You don’t want to do business with this guy. We can’t stand him’ … and people get afraid and don’t want to lease building… so you are sitting here holding properties that aren’t going anywhere. So west Dearborn is in a quagmire … between my properties and the City of Dearborn.” 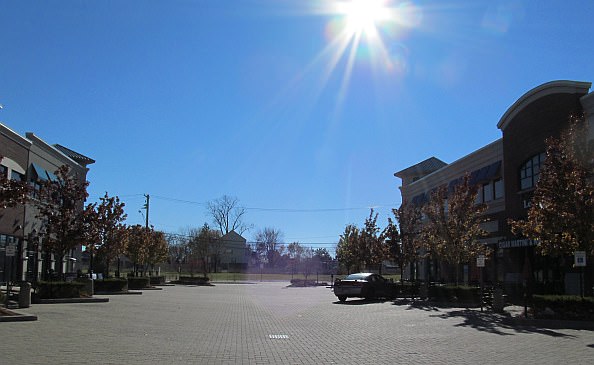 The Dream is Over – Or Maybe Not

In March of 2010 Fakhoury said that he was putting most of his properties on the market.  A Times-Herald article stated: “Local developer Hakim Fakhoury announced that he would put up for sale every property in his sizable west downtown portfolio… With signs reading ‘The Dream is Over. For sale,’ posted in the windows of the buildings, the news all but ends any prospect of the ambitious development plans that led the Edsel Ford High School graduate to begin acquiring the properties in the first place… Fakhoury purchased many of them in anticipation of a district rebirth that would result from his proposed Dearborn Village projects – between Howard and Military on the north side of Michigan Avenue … and the sizable Burton Katzman Development Co. project, the West Village Commons.”

In January of 2011, Michael Hamame of Cambridge Realty “submitted conceptual plans to the city that would unite the West Village Commons and Hakim Fakhoury’s Dearborn Village Partners into one contiguous tax-capture zone”.  Big money was on the table and people were optimistic.

Fast forward. It’s November of 2013.  The Cambridge Realty vision has not yet materialized.

Can Susan Dabaja and the new City Council dig Dearborn out of this quagmire?

Fakhoury doesn’t hold much hope for a political savior. “The last couple of years I’ve been very quiet – not politically involved with anybody in any way – because I found out it was fruitless… I think the mayor is extremely smart and creative of how to ‘achieve the achievables’ without showing his cards…”

Listen to the podcast (above)  for more perspective and details about west Dearborn commercial real estate developments – from one of Dearborn’s authentic voices – Hakim Fakhoury.

Mr. Fakhoury recalled his conversations with former Mayor Michael Guido… “What’s the direction of redeveloping west Dearborn, and the direction was clearly – this was going to be an entertainment district. It wasn’t going to be ‘Sleepy Hollow’ anymore. ‘I want entertainment’.  — Mike Guido sat with me and said, ‘Buy buildings and don’t put perfume on a pig. Take em down [the old buildings]. Redevelop them.  We want to be able to go into the millennium with a different look – not paint the front of a building that was built in 1892.”