DEARBORN, Michigan – The old Vic Tanny building at 22340 Michigan Avenue in West Dearborn was recently purchased by Bacall Development of Farmington Hills. The old fitness facility which included a pool, has been empty for many years and will most likely be demolished. The site will be redeveloped into a three or four story hotel or with some retail space included, or some other type of retail space, according to Jacob Bacall, the new owner. 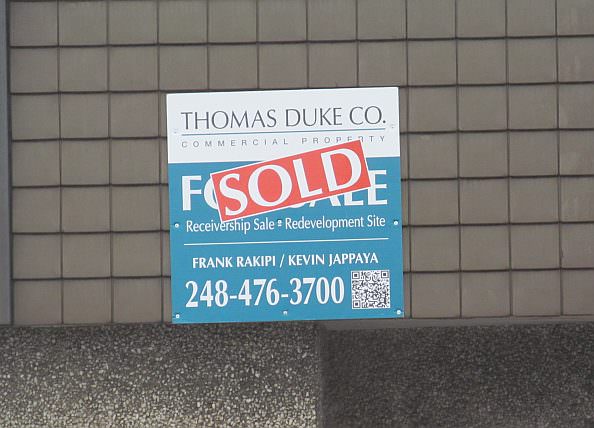 Several offers went before the court ordered receiver in November.  Ally Saad of Janarata Consulting, who served as a consultant on the project said that a  doctor  had originally offered $350,000.00 and Bacall Development had counter offered $450,000.00. After seventeen back and forth bids Bacall Development ended up on top. The property sold for $660,000.00 plus costs on Dec. 03, 2013. Paul Reschke of the Spartan Group was the selling agent.  Thomas Duke was the listing agent.

The site is next door to the Oakwood-Muirhead building on Michigan Avenue near Military,  and across the street from the Dearborn Federal Saving Bank.

Bacall Development has been responsible for over thirty real estate developments in five states, which include Michigan, New York, Georgia, North Carolina and South Carolina. Bacall looks forward to working with Dearborn City Planning and the Dearborn Neighborhood Associations to finalize development plans.

Mr. Saad said that commercial real estate sales are currently brisk in Dearborn, and this sale may indicate a loosening of the log-jam that West Dearborn has faced in recent years.  The former Kowloon Resturant building (also on Michigan Avenue) sold for $460,000 and the Sunoco gas station at Outer Drive and Monroe sold for $575,000 according to Saad.

Local photographer Bob Julius posted photos of the Vic Tanny building as it looked in 2007 and recalled: “My fondest memories of this old relic was it was spread out with plenty of machinery  [exercise equipment] most of it chrome-plated form the 70s and 80s… Their swimming pool went down to 7 feet! During or after its closing, most of the then-current equipment was donated to Finney High School on Detroit’s east side… I’m presuming before Victor Tanny had this joint that it was one of Dearborn’s premier athletic clubs from its heyday in the 70s.”