DEARBORN, MI – On Sunday, October 12, 2014, a domestic assault occurred in the area of Chase Road and Donald Street in Dearborn. The assault took place in the female victim’s vehicle. She had pulled over to ask the male suspect, Hassan Sayed, a 34 year old Dearborn resident to exit the vehicle due an ongoing argument. The couple’s 2 and 3 year old children were in the back seat. 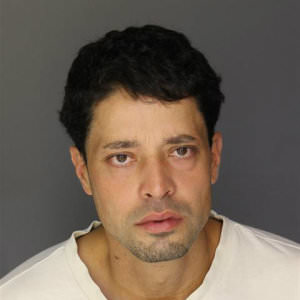 During the assault, a struggle ensued between Sayed and the female. The female exited the vehicle to call police. At that time Sayed also exited, assaulted the female, taking her phone away and then he jumped into the driver’s seat of the vehicle.

The female, fearing for the safety of the children, also ran to the driver’s side of the vehicle and tried to pull the Sayed out of the vehicle.

Sayed placed the vehicle in gear and accelerated away with the female hanging onto the door. The vehicle accelerated to a high rate of speed while crossing into oncoming traffic lanes.

It continued for approximately one block before turning onto Alber St. At that point the female was able to reach the gear shifter and shifted the vehicle into park. Sayed then exited the vehicle and fled on foot. There were several independent witnesses to this incident. The entire incident was captured on video.

Hassan Sayed was subsequently arrested. Sayed was arraigned on the following charges: Larceny from the Person a 10 year felony; Assault with a Dangers Weapon/Felonious Assault; Attempted Motor Vehicle – Unlawful Driving Away ; 2 counts of Child Abuse – 4th Crime Report. Sayed was arraigned before the Honorable Judge Mark W. Somers. Bond was set at $200,000.00 cash/surety, a tether upon release and a no contact order with the victim. A preliminary exam date has been set for October 24, 2014 at 9:00 am before the Honorable Judge Sam Salamey.

Chief Ronald Haddad stated: “Crimes of Domestic Violence are a continuing problem in our society. We vigorously investigate every report we receive in an effort to bring the perpetrators to justice. Ironically this type of case accentuates family tragedies during Domestic Violence Awareness month. There are often many silent victims in these families”