DEARBORN, Michigan – The Dearborn Police Department has added four new officers. All four are certified and are currently assigned to patrol. The new officers are Michael Hammoud, Christopher Salisbury, Hashin Zrien, Samir Nasser, and the following provides some information about their background and experience. 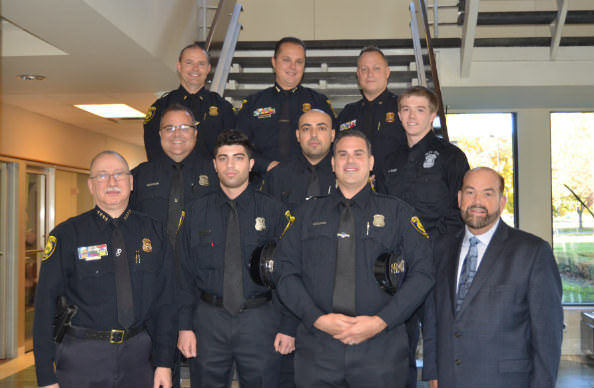 Michael Hammoud and his family currently reside in Dearborn. A graduate of Annapolis High School in Dearborn Heights, he attended the University of Michigan-Dearborn, where he obtained a bachelor’s degree in criminal justice. Hammoud was in the Air Force from 2002-2010, where he served as a member of the Military Police. He was honorably discharged in 2010 at the rank of Staff Sergeant. He graduated from the Wayne County Sheriff’s Academy in June of 2007 and worked as a deputy in courtroom security. He worked several years as a County road patrol deputy and a jailer, and received training as a member of the Sheriff’s Special Response Team.

Christopher Salisbury and his family live in Livonia. Salisbury graduated from Divine Child High School in Dearborn before attending Henry Ford College where he completed 62 credit hours toward a major in criminal justice. He graduated from the Detroit Police Academy in August 1994 and served as a Detroit police officer for 20 years. He worked with the department’s tactical teams and undercover units, as well as with a joint DEA and HUD Federal Task Force that targeted narcotics dealers in housing developments. He also worked patrol in the 10th recently selected and assigned to the Canine Unit.

Hashin Zrien, a graduate of Fordson High School, lives with his family in Dearborn. Zrein attended Henry Ford College and Muskegon Community College where he completed 85 credit hours toward a criminal justice major. He was hired as a Washington D.C. police officer in June 2010 and worked there for three years before returning to Dearborn to be with his family. He then worked as a police officer in Flint and attended Mott Community College where he completed 15 credits and was certified by MCOLES in its Law Enforcement Regional Training Academy in September 2013.

Samir Nasser lives with his family in Dearborn. An Edsel Ford High School graduate, Nasser holds an associate’s degree in criminal justice from Henry Ford College and a bachelor of science in criminal justice from Madonna University. He graduated in precinct and was December 2013 from the Macomb Police Academy with his MCOLES Law Enforcement Accreditation. Nasser has previous experience as a loss prevention officer and was most recently employed as a full-time deputy in the Wayne County Sheriff’s Department.