You are here: Home / Archives for IMAX 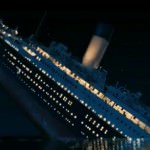 DEARBORN, Mich. - The Henry Ford IMAX Theatre proudly presents the IMAX 3D re-release of one of the most beloved films of all time, James Cameron’s TITANIC. TITANIC: An IMAX 3D Experience will open April 4 and run through July 19, and again from September 4 through September 30, 2012. Commemorating the 100th Anniversary of the Ship’s ill-fated voyage, this … END_OF_DOCUMENT_TOKEN_TO_BE_REPLACED 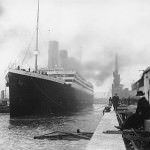 DEARBORN, Mich. – One hundred years ago, Titanic, the world’s largest Ship, sank after colliding with an iceberg, claiming more than 1,500 lives. To commemorate this significant anniversary, The Henry Ford will host the largest touring Exhibition of Titanic:  The Artifact Exhibition, in Henry Ford Museum, March 31 through September 30, 2012. (See story part … END_OF_DOCUMENT_TOKEN_TO_BE_REPLACED 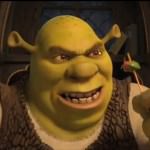 Shrek Forever After (3D) opened at the IMAX Theatre -- at The Henry Ford in Dearborn today. A bored and domesticated Shrek pacts with deal-maker Rumpelstiltskin to get back to feeling like a real ogre again, but when he's duped and sent to a twisted version of Far Far Away -- where Rumpelstiltskin is king, ogres are hunted, and he and Fiona have never met … END_OF_DOCUMENT_TOKEN_TO_BE_REPLACED