You are here: Home / Archives for Ryan Mauro 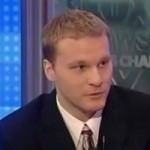 DEARBORN, Mich. --  A new documentary film, Sacrificed Survivors (The Untold Story of the Ground Zero Mega-Mosque) will have a special screening in Dearborn at the Ford Community and Performing Arts Center today at 5:30pm, as the film producers kick off a nationwide tour promoting the film. The film producers chose the Dearborn location to screen the film … END_OF_DOCUMENT_TOKEN_TO_BE_REPLACED