DETROIT, Michigan — Today, a U.S. District Court Judge in Detroit, Michigan denied the City of Dearborn’s request to dismiss the civil rights claims brought by several Christian missionaries arising out of their arrests by City police officers in 2010.  The Christians were arrested by City police officers while preaching to Muslims at the City’s Arab Festival.  The Christians spent the night in jail and were then charged and tried for “breaching the peace.”  American Freedom Law Center (AFLC) Senior Counsel Robert J. Muise won acquittals from a jury for all the Christian defendants at the conclusion of the criminal trial.

Following the acquittals, Muise, along with AFLC Senior Counsel David Yerushalmi, filed a 96-page civil rights lawsuit against the City, its mayor, John B. O’Reilly, its chief of police, Ronald Haddad, 17 City police officers, and two executives from the American Arab Chamber of Commerce on behalf of Acts 17 Apologetics, Dr. Nabeel Qureshi, David Wood, Paul Rezkalla, and Josh Hogg — the Christians whose rights were violated by the City officials. 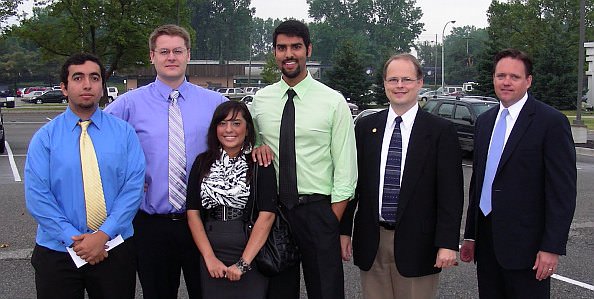 Muise commented, “The judge’s ruling today is a huge victory for these Christians.  It allows the civil rights claims for the most egregious constitutional violations to proceed against the City and its officials.  AFLC is committed to ensuring that our Constitution and not sharia law, which makes it a crime to preach the Gospel to Muslims, is the supreme law in this country.”

In their motion, the City had argued that the state court judge’s finding in the criminal proceeding that the police officers had probable cause to arrest the Christians based on a complaint from festival worker Roger Williams effectively immunized the City of Dearborn and the individual defendants from civil suit.  Muise and Yerushalmi, on behalf of the Christians, countered by arguing that the ruling does not preclude the civil rights claims because it was based upon fabricated allegations and besides, the Christians did not have a full and fair opportunity to challenge the claims in the police reports prior to the ruling.  The federal judge agreed with the AFLC attorneys.

In his ruling, U.S. District Court Judge Stephen J. Murphy, III, stated, “It is a reasonable inference from their allegations that [City officials] knew Williams’ complaint was pretextual.”  The federal judge noted that “[t]he indirect evidence of this conspiracy that was developed in state court and is already a part of the record in this case—including the videos and the testimony given by [City police officers] at their trial—elevates [the Christians’] accusations above the threshold of plausibility. . . .”  The federal judge also stated, “The [state] district judge appears to have presumed the police reports submitted were truthful, and staked his probable cause determination on that presumption.  Plaintiffs had no opportunity to either cross-examine the officers or take the stand themselves to contest the reports.”  The judge concluded, “Finally, the district court was inattentive to the effect Plaintiffs’ claims of First Amendment protection might have on the probable cause determination. . . .  The Sixth Circuit has warned on previous occasions that Michigan’s ‘breach of peace’ statute is prone to such abuse.”

Yerushalmi concluded, “This case is a stunning example of the pernicious influence of stealth jihad and sharia law in America.  The City of Dearborn is now a serial violator of Christians’ constitutional rights and has wasted hundreds of thousands of dollars in legal fees and costs defending its insidious conduct.  Apparently, in Dearborn, where sharia and jihad are advocated openly, it is a crime to preach the Christian Gospel.  AFLC is committed to stopping this attack on our Constitution.  And the ruling today allows us to do just that.”