You are here: Home / Buzz / President Barack Obama on the Rosa Parks Bus in Dearborn

DEARBORN, MI –  President Barack Obama paid tribute to Rosa Parks during his campaign stop in Dearborn, Michigan on Wednesday, April 18, 2012 – taking time for a photograph on an historic bus at the Henry Ford Museum.  It’s the same bus that Rosa Parks was riding on when she refused to give up her seat for a white passenger on December 1, 1955. 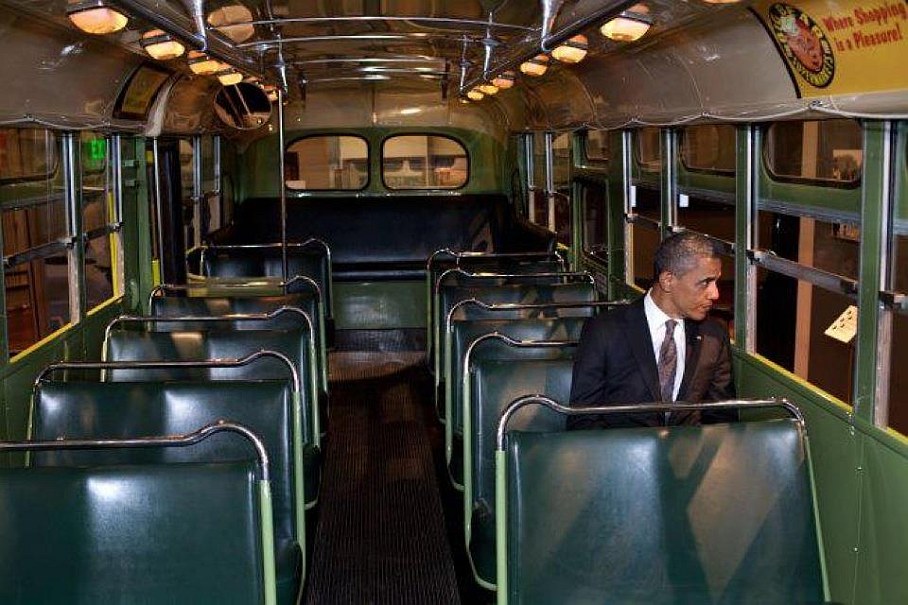 The photo on the bus (Official White House photo by Pete Souza) quickly became the most talked about photo in the world on April 19th, as millions of people shared it on Facebook, and made comments like:  “Great photo!”,  “Wow this is very profound!”, “Obama is all symbolism. 100 percent!”,  “another actor on a stage in my opinion”, “not about politics, but where we have come with the Civil Rights Movement” and “what a full circle moment it is…regardless of your political beliefs — our country has made so many amazing strides in our lifetime!”