TRENTON, Michigan – Cynthia Kallgren of Trenton is running to represent Downriver, Dearborn and the area westward including Ypsilanti and Ann Arbor that composes the new 12th Congressional District. As a republican she first faces a primary opponent (Karen Jacobsen) on August 7 with the winner presumably facing Congressman John Dingell. 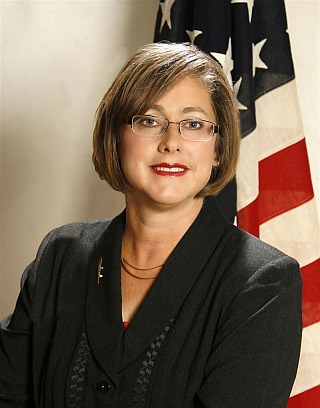 Kallgren points out that Dingell has been in office during the long slow decline of Downriver and Michigan, through the population loss that resulted in losing two congressional districts. The jobs have left Michigan, and our children are leaving Michigan in search of employment and jobs with the security needed to raise a family.

Cynthia Kallgren, 52 is a small business owner, mother, lifelong resident of southeast Michigan, and graduate of Eastern Michigan University. “I believe we have an exciting opportunity to promote good, time-honored values in our communities,” she states. “Fiscal responsibility, individual freedom, working for families and human life from beginning to end, along with energy independence while keeping manufacturing jobs and new technologies in America; specifically southeast Michigan are among our most important priorities.”

Active in politics and local government for many years, Kallgren has served as a volunteer, campaign worker and advocate for causes including fiscal accountability, a woman’s right to refuse, and economic and local business development. She was a candidate for State Representative in 2010.

“I feel passionately about the issues facing our district and our nation and would be honored to represent the voice and concerns of the people of southeast Michigan as a mother, a citizen and a public servant in Washington,” she states. “Together we can bring Michigan back to life.”