DEARBORN, Michigan – Friday night, September 28, a large crowd gathered in the Hubbard Ballroom of the Dearborn Civic Center for a night of speeches in defense of the prophet Mohammed.  Large signs in the front of the hall proclaimed the message: “Say NO to Hate Mongering” and “Say No to Islamophobia” next to the American flag. 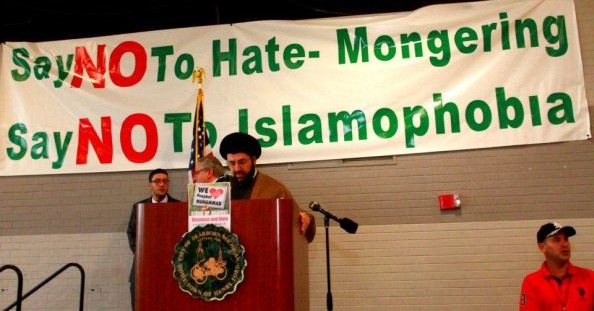 The community rally was organized in response to recent violent demonstrations throughout the Middle East related to an anti-Islamic  film.  Many Islamic and inter-faith leaders claim the film “Innocence of Muslims” denigrates the prophet Mohammed. Various news reports claim the derogatory film on Prophet Muhammed sparked the violent and deadly protests.

On the podium, above the Civic Center insignia (“City of Dearborn, Michigan – Home Town of Henry Ford”) was a poster promoting the event:  “We Love Prophet Mohammed – Stand Up Against Violence and Hate – Community Rally” 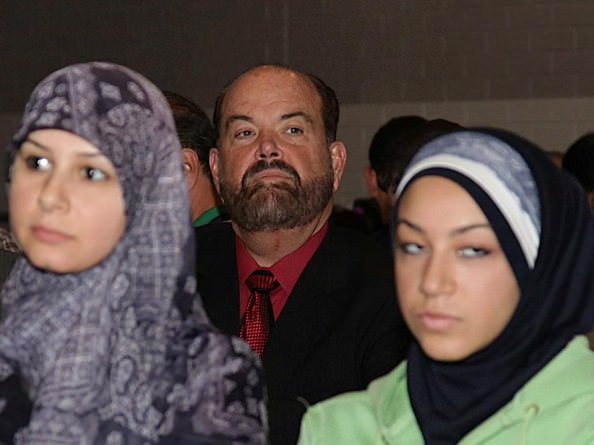 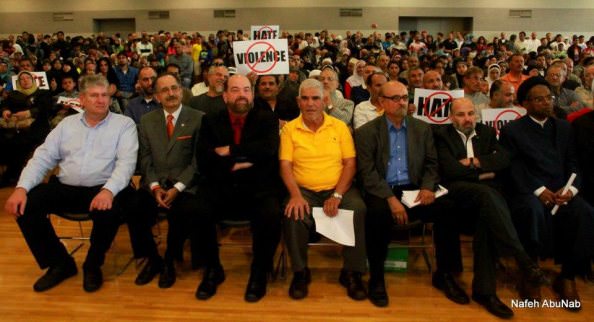 The rally in Dearborn was similar to hundreds of other rallies and protests organized around the globe in recent weeks – although more peaceful — and one of the few where the American flag was not burned.

“This assault on the First Amendment in the name of the prophet Mohammed is a sad day in America – and confirms fears that Muslim-American activists do not understand the fundamental separation of church and state in the American Constitution.”

“There is a need for deterrent legal measures against those individuals or groups that want to damage relations between people, spread hate and incite violence,” said Arab-American News publisher Osama Siblani, a self-proclaimed “moderate” who is apparently oblivious to how gutting the First Amendment would affect his own business.

Muslim leaders claim the call for a global ban on anti-Islam ‘hate speech’ is not an attack on free speech.  Raymond Ibrahim says (ironically) in a recent editorial that proposed laws that “would ban movies and cartoons that defame Islam, would also, by logical extension, have to ban the religion of Islam itself”. 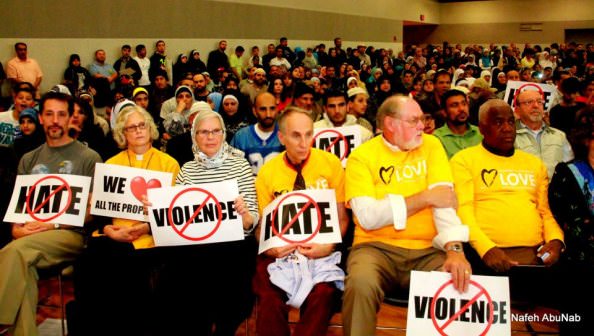