DEARBORN, Michigan — City of Dearborn news release:  “In response to several inquiries from concerned parents, community leaders and the media, Dearborn Police Chief Ronald Haddad wants to reassure the community that his department is fully prepared to facilitate the peaceful and safe visit of Terry Jones to the Dearborn area while providing seamless public safety services to the 98,153 residents of Dearborn.”

“It is anticipated that Mr. Jones and a group of followers may engage in an event on public property near Edsel Ford High School between the hours of 1 p.m. – 4 p.m on Oct. 10. As has been done in the past, the Dearborn Police Department has coordinated a unified response with federal, state, county, and local law enforcement partners, and has been engaged with school, civic, and faith-based leaders in Dearborn.”

“As of this time, it is anticipated that all Dearborn public and private schools will proceed with their normally scheduled educational activities and hours of operation on Wednesday, Oct. 10. These activities include the previously scheduled Michigan Educational Assessment Program (MEAP) testing of all grades 3-9 students enrolled in Dearborn Public Schools.”

“Despite the challenges presented by Mr. Jones’ previous visits, the Dearborn Police Department’s primary mission is to ensure that the 22,300 children attending Dearborn schools experience an uneventful, safe, and productive school day.”

“It is also important that those students previously scheduled to participate in the very important MEAP testing are able to do so without disruption.”

“The Dearborn Police Department is committed to providing outstanding public safety services to the City’s 200,000 daily visitors, 98,153 residents, and 22,300 students, as well as our responsibility that includes the protection of civil liberties and the United States Constitution.”

“Stand Up America Now will be coming to Edsel Ford High School, in Dearborn, Michigan, to protest the bullying of non-Muslim students.  This is typical of the Islamic population as it grows in numbers.” 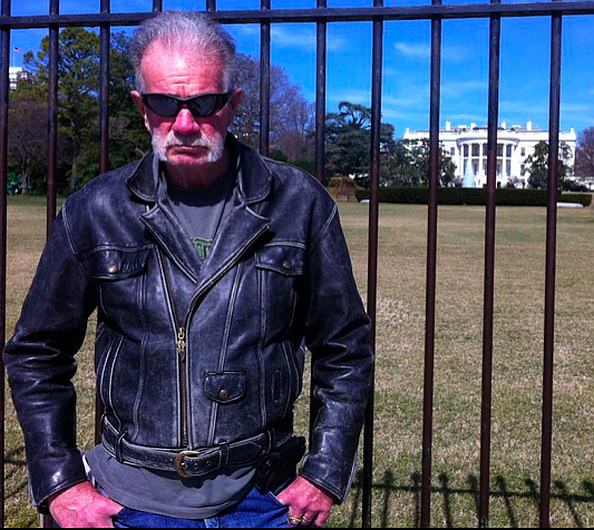 “We have been contacted by another parent of an Edsel Ford High School student concerning Muslim bullying and fighting that occurred there, on the same day, in May 2012 which required the Dearborn Police Department to respond.”

Excerpts from the email:

“…my son and others were jumped and suspended for the remainder of the year and faced charges for racial intimidation and incite to riot. The arabic children returned to school. I fought this, given the fact that my son has been called nigger on several occasions and the response was “they didn’t mean it like that” but when I ask that they take the context in which my son said something the context is not considered. They try to desensitize my child to a word that provokes violence but defend the arabs. NOT right. My daughter is called slut and whore when she participates in cheer because she shows too much skin when visiting Salina on East dearborn. I am fed up with this district and HAPPY it is being exposed. Finally maybe something will change and the country will recognize there is a problem in this community.” (sic)

“As we see the outbreaks of violence in the Middle East concerning the film ‘Innocence of Muslims’, here in America and in western countries, we see a definite lack, again, of Islam condemning those terrorist attacks.”

“Let us join together, stand up and protect our rights in America of freedom of speech, freedom of religion, and freedom of the press.”