You are here: Home / Community / The Islamophobia Industry: Manufacturing Fear of Muslims?

A new book released on September 18 arrived a week after the deadly attack in Benghazi, Libya.   The Dearborn Free Press received this press release on August 20th – several weeks before the events of Sept. 11, 2012.  Now that the dust has settled, perhaps we need a careful re-examination of  the various viewpoints. 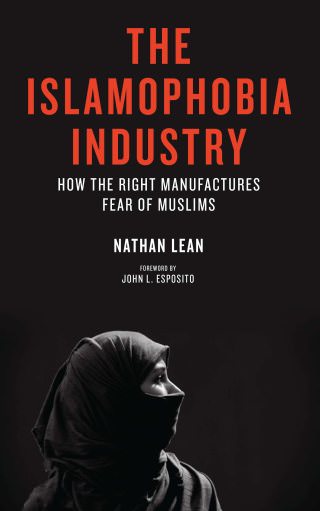 Ten years after the September 11 attacks, the death of Osama bin Laden had the potential to radically change the public’s distrusting image of Muslims. But strangely, it did not. Two months after news broke that US forces had killed the al-Qaeda leader, the Religion News Service announced that anti-Muslim sentiment had grown.

Additionally, CNN reported that half of Americans would be uncomfortable with a woman wearing a burqa, a mosque being built in their neighborhood, or a Muslim man praying in an airport. In THE ISLAMOPHOBIA INDUSTRY: How the Right Manufactures Fear of Muslims (Pluto Press, distributed in the U.S. by Palgrave Macmillan; Pub Date September 18th 2012; ISBN 978-0-7453-3253-6; $17), writer Nathan Lean explores this epidemic, why it is still growing, and the key players who are behind this “fear campaign”.

Lean takes us inside the minds of the manufacturers of Islamophobia. He reveals a highly-organized enterprise of conservative bloggers, right-wing talk show hosts, evangelical religious leaders, and politicians, united in their quest to exhume the ghosts of September 11 and convince their compatriots that Islam is the enemy. Lean uncovers their “scare tactics”, reveals their motives, and exposes the ideologies that drive their “propaganda machine”. An urgent call-to-action, THE ISLAMOPHOBIA INDUSTRY is a readable, accessible study of the “fear mongering industry”.

Lean offers a straight-to-the-point and hard-hitting assessment of the “extreme polarizing effect of media”. Drawing on recent events such as the controversy surrounding the Park 51 mosque near Ground Zero, and the recent Oslo shooting of 77 innocent youths by right-wing nationalist Anders Behring Breivik, Lean reminds the public that “the Islamophobia industry” is still alive and well. And, their presence is pernicious.

With mosque bombings and burnings, shootings of Sikh temples, and baseless McCarthy-esque witch hunts in Congress, the climate of fear and antagonism is reaching new dangerous peaks.

Lean’s book has been widely praised in the weeks ahead of its September 18 release. Authors and activists like MSNBC’s Richard Wolffe, Salon’s Glenn Greenwald, Reza Aslan, and award-winning author Karen Armstrong have all offered generous blurbs.  The book recently appeared on Amazon.com’s “hot new releases” list.

Nathan Lean is an author and scholar of Middle East studies. He has written extensively about Islam, American foreign policy, national politics, and global affairs. He is co-author of Iran, Israel, and the United States: Regime Security vs. Political Legitimacy and is a contributing writer at The Huffington Post and PolicyMic. His work has appeared in Salon, TruthDig, The Christian Science Monitor, the New York Daily News, and several other online and print outlets.  He is editor-in-chief of Aslan Media, and resides in Washington, D.C.