DEARORN, Michigan – The Committee to Elect Tony Guerriero for  Dearborn Judge is pleased to announce that Tony  Guerriero is a candidate for the position of Dearborn’s 19th District Court Judge this fall.  Tony was raised in Dearborn’s south end on Salina Street. He is first-generation Italian-American, son of Antonio Guerriero, a Ford Motor Company millwright for 40 years, and Carmella Guerriero, a custodian at Fordson High School. 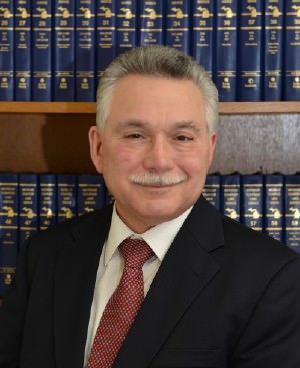 Professionally, Guerriero began his law career as a plaintiff’s workers compensation and personal injury attorney. He branched out into municipal and labor law, representing the cities of Westland and Allen Park, among others. As a city attorney, Guerriero served as prosecutor, labor negotiator, civil litigator, zoning and planning advisor, and advisor to the Mayor and City Council. In 1993, he was honored with an appointment as Magistrate of Dearborn’s 19th District Court, where he served for ten years, until he was appointed District Judge in the 24th District Court by the governor.

Guerriero is a candidate for  Dearborn’s 19th District Court

As a District Judge, Guerriero presided over misdemeanors, felony preliminary exams, warrants, show causes, sentencing, probation violations, arraignments, bench and jury trials, civil cases, and landlord-tenant matters. In 2012, he was appointed by Wayne County Prosecutor Kym Worthy to be her representative on the Wayne County Board of Ethics, where he continues to serve. Since 2010, Tony has been rated AV Preeminent – the highest rating possible for Ethics and Legal Ability by the Martindale-Hubbell peer rating agency.

On the personal side, Guerriero has maintained a strong commitment to the Dearborn community through civic works. Tony is an active member of the Dearborn Exchange Club, Amicus Club of Dearborn, Dearborn Italian-American Fraternal Club, and the Knights of Columbus. He has served as past chairman of the Dearborn Zoning Board of Appeals and is endorsed for 19th District Court Judge by Dearborn Mayor Jack O’Reilly and the majority of the members of the Dearborn City Council. Guerriero is also a proud member of the Board of Directors for One Dearborn, Inc., created by the Mayor and which raises funds to improve Dearborn and demonstrate that it is one community.