You are here: Home / Archives for Gary Gambill 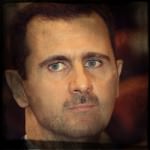 EDITORIAL - To hear Obama administration officials talk about the Syrian civil war, you'd think it all hinges on the fate of one man. According to U.S. Secretary of State John Kerry, Syrian President Bashar Assad "calculated that he could shoot his way out" of the mass uprising that erupted two years ago, and today either fails to appreciate that he … END_OF_DOCUMENT_TOKEN_TO_BE_REPLACED