You are here: Home / Archives for Imam Luqman Abdullah 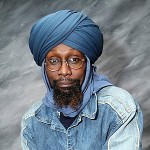 Dearborn, MI – The Michigan Attorney General’s Office has released its findings in the FBI action that resulted in the death of Imam Luqman Abdullah on October 28, 2009 in a warehouse in Dearborn. The Attorney General’s Office concluded that no Michigan law had been broken. The matter had been extensively investigated by the Dearborn Police Department, … END_OF_DOCUMENT_TOKEN_TO_BE_REPLACED