You are here: Home / Archives for Muslim

DEARBORN, Michigan - (AHRC statement issued 18-Sep-2014): The American Human Rights Council (AHRC) joins the international community and more than 100 British Muslim imams, organizations and individuals who expressed their "horror and revulsion" at the "senseless murder" of Briton David Haines and the threat to the life of Mr Alan Henning according to the … END_OF_DOCUMENT_TOKEN_TO_BE_REPLACED 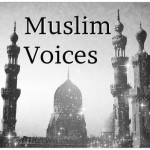 DEARBORN, MI – The Dearborn Public Library has been selected to participate in the “Muslim Voices” pilot program for teens by the Michigan Humanities Council, and the New York Council for the Humanities. Muslim Voices is a new reading and discussion program for children and teens that uses literature to explore the lives of Muslim youth through time … END_OF_DOCUMENT_TOKEN_TO_BE_REPLACED