You are here: Home / Buzz / Another Rally Against Radical Islam at City Hall

DEARBORN, MI – Frank Fiorello of the Michigan fraternal Order of the Dragon (OOTD) has announced a new assembly (protest rally) “Against Radical Islam and Sharia”  to be held at Dearborn City Hall on Saturday May 28 at 3:00 pm.  The rally is organized by OOTD president Frank Fiorello along with the American Defense League (ADL), ACT! for America, and David Horowitz’s Freedom Center.

It is not clear from the announcement exactly how much participation each of these groups will have in the Saturday rally on the steps of City Hall. However, it is known that ACT! for America representatives from Kalamazoo and Grand Rapids will be participating, along with Mr. Rene Buller – an American Defense League (ADL) representative from New York. 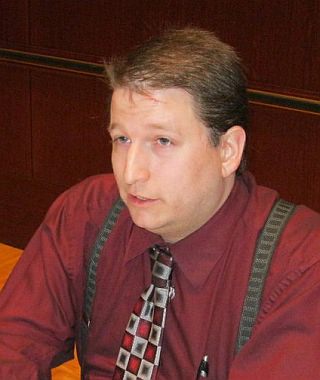 Frank Fiorello, President of Order of the Dragon

Mr. Fiorello had previously planned a protest in front of the Islamic Center of America for April 22nd (along with Pastor Terry Jones) but cancelled the protest after meeting with Dearborn Mayor Jack O’Reilly and Police Chief Ron Haddad and various faith leaders representing the Dearborn community.

At the April 16th meeting, Mr. Fiorello explained that the Order of the Dragon was formed to “protect the traditional rights of Americans and …  protect our country from the rise of radical Islam and the implementation of Sharia law.”  Mr. Fiorello said he wants to “stop Islamic colonization” and said his principles are based on the ideas of Thomas Jefferson, Ben Franklin, Thomas Payne and  “the writings of the founding fathers”.

The rally this Saturday appears to be organized separately from another rally at city hall that Pastor Terry Jones is planning for June 17th – when Jones says he will speak on the steps of City Hall and then lead a march from City Hall to the Dearborn Arab International Festival.

The steps of Dearborn City Hall are a designated “Free Speech Zone” or “no permit required” zone. (One of several free speech zones the City of Deaborn has designated for public assemblies and protest rallies – that do not require a permit.)

The American Defense League (ADL) website claims “Islam is Pure Sedition. Sedition is Not Constitutionally Protected.” An article on the ADL website complains that Pastor Terry Jones spent time in a Dearborn jail because of implied threats against him:

“When the limit of free speech becomes subjective – and subject to the threat of violence – the spirit of the First Amendment has been utterly lost… In this case, Terry Jones’ right of free expression has been subjected to the implied threat of violence. As far as I know, nobody from the mosque is actually threatening him.  The worshipers of the Islamic Center of America should be granted the respect and dignity of assuming that they are good Americans, as well as good Muslims, and can handle the free expression of others like reasonable adults.  If someone can’t handle it… well, that is why we have a government to defend our inalienable rights.”

Another article claims that the ADL Facebook page was targeted by Jihadists,  after approaching 10 million page views. 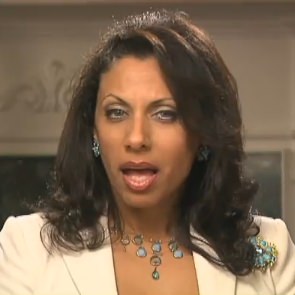 ACT! for America, an organization based in Pensacola, Florida was “founded by Brigitte Gabriel, a Lebanese immigrant who came to the United States after losing her country of birth to militant Muslim fundamentalists during the Lebanese Civil War.”

In a 2009 video on YouTube,  Brigitte Gabriel speaks about a “wake up call to America … a wake up call about the danger of out-of-control political correctness”  – after the shootings at Fort Hood.

According to the ACT! for America website, the organization was  created “to provide American citizens a means to be a collective voice for the democratic values of Western Civilization, such as the celebration of life and liberty, as opposed to the authoritarian values of radical Islam, such as the celebration of death, terror and tyranny… Now an American citizen, Brigitte Gabriel founded ACT! for America to give Americans their voice back. That unique American voice, full of joy and anticipation of better days and infinite aspirations… muted by the scourge of political correctness.”

Rana Elmir, the Muslim woman who is leading the ACLU fight for Terry Jones’ right to condemn Islam says:  “If the First Amendment means anything… [it means that] people with unpopular opinions get to express them”.  Elmir is the communications director for the American Civil Liberties Union (ACLU) branch in Detroit.

Elmir, also a Lebanese American, said she vehemently disagrees with people like Terry Jones, but the ACLU defends their First Amendment free speech rights, because it is “blatantly unconstitutional” to prevent them from speaking.