You are here: Home / Buzz / Fear of Sharia or Fear of Losing Political Influence?

As a resident of Dearborn Heights, I have been following with great interest the events related to the planned, cancelled and re-planned protests that involve our area.  As a Pastor, I have been involved in the inter-faith dialogue that has taken place as well. As a United States Armed Forces veteran, I have considered the constitutionality of the events that have so far taken place. As a student of history and philosophy, I have seen some patterns emerge with regard to how the events related to the protests have unfolded here in our community. 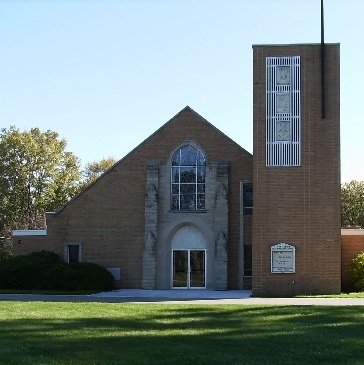 When I learned of the planned protest outside of the Islamic Center of America organized by Mr. Frank Fiorello and the Order of the Dragon based in Port Huron, MI, Pastor Terry Jones had already planned on coming.

On the surface, this looks like a disagreement about the role of religion in the public sphere, with the stated reason for the debate being about wanting to avoid the influence of Sharia on US Civil law at any level. The lengths that Pastor Jones goes to, however, I believe, show a deeper problem that dates back to the founding of our country, and even before.

As a Polish National Catholic priest, I have an historical perspective that allows me to see a pattern that began with the Puritan settlers in New England in the 18th Century. In many of the colonies, notably Connecticut, Roman Catholics were viewed with great suspicion. I bring up Connecticut because they actually had a law that in order to hold any public office in the colony, one had to swear an oath against the Bishop of Rome—the Pope.

Today, this seems almost ridiculous considering the fact that many Roman Catholics hold public office. There were two reasons for this law at the time though:

It is this fear of losing power and control to a new class of people that prompts many to take drastic action.

In the history of the United States, there have been very few Presidents who do not fit into the Puritanical descendent mold. John F. Kennedy is a notable exception. As a public figure, he broke the mold in the early 1960s in allowing the nation to see Roman Catholics in a new light… that they weren’t a force to be feared. It was now clear the Canon Law would not make its way into US Civil Law. In breaking this mold when he did, women and African-Americans also began to enter the public sphere. Today we even have an African-American president. There are still some who feel threatened by this, as can be seen with the whole ‘birther’ controversy.

Again, when fear is the motivating factor, drastic action is sometimes taken.

We now fast-forward to September 11, 2001. When our nation was attacked by Al-Qaida and Muslim extremists, it shook the very foundations of our psychological sense of security as a safe nation. The face of the attackers was Middle-Eastern. Suddenly, American men and women, some of whom have been here for generations, were viewed with suspicion… be they Muslim or not. We then, at some dark level within ourselves, associate every Middle-Eastern person with wanting to do something to undermine our nation…whether we admit it or not. Without personal experience to counter this, it is easy to fall into the trap of blaming every person of Middle-Eastern heritage, and even every person who professes the Islamic faith, of having sinister motives.

This is where the fear that Sharia could overrule US Civil Law comes in. As time goes forward, we will see that Sharia will be as much of a non-issue as Canon Law is upon our civil legislators. The fear that Pastor Jones is playing upon is this fear of losing power to a new class of people, masked in religion.

The question then becomes, what do we do to have harmony in a pluralistic society? I believe that the first answer to this is what is already happening here in Dearborn and Dearborn Heights, and that is to get the spiritual leaders of each community together in dialogue. Myself, I am a member of the Dearborn Area Ministerial Association (DAMA), which I am told had it’s beginning on September 12, 2001, when a Muslim cleric called a Christian pastor and they began a conversation. More and more spiritual leaders were invited and today we have a very diverse group who meet each month, and most of those who met with Mr. Fiorello on April 16, 2011 (myself included) are active members.

Secondly, each and every single one of us must open our minds to the fact that we harbor prejudice. This is a fact. Once we recognize that, we can work to keep our minds and hearts open to those whom we don’t quite know or seem quite different from us.

We also need to move out of our comfort zone and get to know people in our community whom we would not normally be drawn to because we consider them to be ‘different’ from us.  Now—this does NOT mean that we have to change what we believe about our faith or our opinions on anything, really. What it means is that we need to accept each other on a human level with the respect and dignity that God gave each of us when we were created. This even means that we may have to agree to disagree at times.

As we live through the events that are unfolding in our community, we need to all be respectful of each other. While in this nation we do indeed have freedom of speech—and I took an oath 22 years ago to defend it myself, and I still am—we also have a duty to be respectful. Speaking ideas that some may not want to hear is our right… our obligation as citizens of a melting pot is to do it while respecting the dignity of each human person in our society.

…
Rev. John A. Cramer is the Pastor of Our Savior Polish National Catholic Church in Dearborn Heights