You are here: Home / Buzz / The Evolutionary Hermeneutic and Dearborn

Imagine if someone came up to you and wanted you to trade your old fashioned, heavy, silver dollar for his brand new, modern, crisp, green, dollar bill, a Federal Reserve Note (FeRN). Silver has been flirting with $50 an ounce lately so in fact that dollar bill is worth about 2 cents worth of silver for now. You would laugh in the guys face. Silver is YHVH’s money while the FeRN is man’s money. One holds its value, the other always goes to zero value. 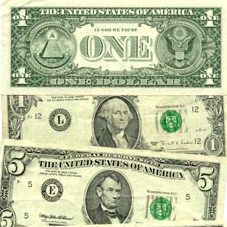 So it is with words. There are YHVH’s old words and man’s new words. One holds its value and the other eventually goes to zero value. We see this most clearly in politicians words (promises) which drop to zero value as soon as they are said, or, if you are gullible, as soon as the election is over. Most of us are gullible so politicians keep making worthless promises because they work long enough to get them elected. Why are we so gullible? Simply because we too are full of worthless words and zero value thoughts.

The word oriented Mohammedans are the Sunni variety – especially the Wahhabi sect. They too like the later words of Mohammed after he became a warlord in Medina and was all about “kill the infidel”, rather than his first words when he was a “let’s all just get along” kinda guy in Mecca. They like man-made fatwas even better. I have yet to hear of a Mohammedan who is willing to actually take the Scriptures seriously even though they claim to regard it as holy.

Many Christians (aka baptized humanists) also prefer the later words and ignore the first words of Scripture. They don’t really like the Torah and prefer to ignore the law of YHVH, much less delight in it. They prefer to listen to man-made words as well. (When was the last time the entirety of the law was read  – see Nehemiah – in your church?)

The humanists (collectivist/statist, individualist/anarchist and macho/logical, feminist/emotive) also like new words, redefining them as they go along, and usually don’t know what to think about something till their media tells them which way the politically correct winds are blowing at the moment.

The Jews have the dubious distinction of being first to jettison the Torah in favor of man made words, in their case the oral traditions/traditions of the elders/Talmud et al.

Eventually we are going to get this right and start to respect the first words first. We will interpret and evaluate everything that comes later in the light of what came earlier. We will be reconciled to Torah, have it written on our hearts. True believers will be true inwardly. Everyone will know the Torah, and love it and live it.

The Parable of the Good Samaritan

But he, desiring to justify himself, said to Jesus, “And who is my neighbor?” Jesus replied, “A man was going down from Jerusalem to Jericho, and he fell among robbers, who stripped him and beat him and departed, leaving him half dead. Now by chance a priest was going down that road, and when he saw him he passed by on the other side.  So likewise a Levite, when he came to the place and saw him, passed by on the other side.  But a Samaritan, as he journeyed, came to where he was, and when he saw him, he had compassion.  He went to him and bound up his wounds, pouring on oil and wine. Then he set him on his own animal and brought him to an inn and took care of him.  And the next day he took out two denarii  and gave them to the innkeeper, saying, ‘Take care of him, and whatever more you spend, I will repay you when I come back.’  Which of these three, do you think, proved to be a neighbor to the man who fell among the robbers?” He said, “The one who showed him mercy.” And Jesus said to him, “You go, and do likewise.”