You are here: Home / Buzz / Diversity and Peace

Not gonna lie: I was the guy choking up and getting misty-eyed at the “Imported From Detroit” commercial during the Super Bowl. As those epic two minutes unfolded, the heart and determination of the Motor City came shining through. A wonderful departure from the national media’s pitying coverage of the struggles of Detroit, the ad emphasized the strength and perseverance I remember from my youth. You see, I am Imported From Detroit. 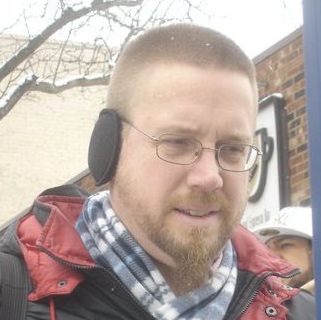 Today, I live my life and calling in Newark, New Jersey, a city similar to Detroit in its troubles and its heart. As Detroit is the Motor City, Newark is the Brick City. Nicknames deriving from the industrial identity of the past continue to describe the fundamental identity of people and place. As Detroit continues to press on with the low rumble of a V-8, Newark is building on the rugged foundation of rock formed and re-formed under pressure. My identity in Newark today is formed by my youth and adolescence in the Detroit area – Dearborn and Dearborn Heights in particular. The intensity, diversity and even the tension of growing up in Metro Detroit has produced in me a life of attempted peacemaking in another troubled but strong city – a city with brick dust in its veins instead of motor oil.

Times like these – where the likes of Terry Jones and his most vocal opponents threaten to undo us – call for the impression of peace on the process of community building. Those who value peace and community building must step out of the shadows and lead the way.

It’s been more than 15 years since I’ve resided in the Detroit area, but as the saying goes, you can take the man out of “The D,” but you can’t take “The D” out of the man. As such, I view my former home with affection and concern, especially with the entrance of Terry Jones into the system. I observe from afar geographically, but the current tension in my hometown hits me close to home. As I read and hear reports from national media and from local outlets, I feel myself connecting to the dilemma. Protests are met with counter-protests, which are in turn met with counter-counter-protests. Where is the peace in that? Where is the heart of Dearborn and Detroit?

Terry Jones is not new to stirring the pot and threatening peace. Late last summer, Mr. Jones announced he would commemorate the anniversary of the September 11, 2001, terrorist attack with a burning of Koran, the holy scripture of Islam. This action created an uproar where I live – a place where the reality of those attacks remains current and painful. In a season of great tension in the citizenry here in the New York area over the place of Muslims in community, Terry Jones added fuel to the fire. He now seems intent on inflaming the situation in my hometown as well.

Making matters worse, Mr. Jones appears to be acting out of a religious conviction he calls Christianity. As a missionary in the Christian faith myself, this grieves me to the heart of my being. The Christian faith is one of peacemaking at its core, with God seeking healing and reconciliation with His own creation. The central message of Jesus – “the author and perfector of our faith” – is one of barrier-crushing peace. Jesus built connection where the world was dividing. Jesus sought shalom as the world (including both religious and state leaders)  sought power via violence and strife. It is heartbreaking to see my faith twisted for political and publicity motivated goals.

The thing is, Terry Jones is a symptom (even a byproduct) of the state of daily affairs in America. Mr. Jones is able to harvest national media attention even as a marginalized leader of a tiny sect because he is so ably tapping the vein of anger and polarity so prevalent in so many venues of public discourse. Terry Jones is just another product of a culture driven by the likes of Fox News and CNBC. As we elevate the likes of Rush, Beck, Olberman and Maddow to mega-celebrity status, it should come as no surprise that folk such as Terry Jones will come out of the woodwork to enter the fray. This is the new order of things. We find ourselves unable to communicate our diversity without polarizing the debate.

Is it possible to believe strongly (my ordination vows called me to express my beliefs “Yes truly, with all my heart”) without breaking peace with my neighbor? As I work out my calling in Newark – a very diverse place – I have to believe the answer is found not just in the possibility of peaceful discourse, but the necessity of peaceful discourse.

In this culture, I wonder if it is even possible to express our beliefs and patterns in a pluralistic society without demonizing those with differing viewpoints, much less to come together in peace. Is it possible to believe strongly – my ordination vows called me to express my beliefs “Yes truly, with all my heart” – without breaking peace with my neighbor? As I work out my calling in Newark – a very diverse place – I have to believe the answer is found not just in the possibility of peaceful discourse, but the necessity of peaceful discourse. As I explore and deepen my faith and life, I find no other way than the way of peace. My faith brings me to Jesus, a man called the Prince of Peace by the prophets of scripture. How can I follow the leadership of Jesus without pursuing peace?

“How can I follow the leadership of Jesus without pursuing peace?”

Ironically, the deeper I journey into my particular faith, the more I am convicted to relate with those of differing viewpoints with peace as my primary goal. This conviction comes not from a desire to “convert” the other to my point of view (though I would love to see it happen), but from a desire to love my neighbor and to bring shalom (peace and prosperity) to my community and to the world. As my Christian faith deepens, I hear the call of God to bring a “ministry of reconciliation,” as the Apostle Paul writes in the New Testament. As I attempt to live out my following of Jesus, I see him making inroads of peace with his culture’s fiercest rivals, the Samaritans. How can I hold back from connecting with my neighbors of varying backgrounds and points of view?

Perhaps we would do well to pause and reflect on what it is we really believe. It is difficult to imagine a person of faith – any faith – believing in their heart of hearts that God wants us at each other’s throats the way we see in our current public discourse. As I pursue relationships with authentic believers of other faith traditions – including Jewish faith and followers of Islam – I see a common theme of peacemaking and community building. If we were to pursue these themes with energy and integrity, we would find ourselves coming together for the blessing of our communities instead of sniping at our differences.

What would happen – in Dearborn or in Newark – if people of faith banded together in the themes we hold in common, and left our differences to be expressed in our private times of worship and teaching? Could we hold our own beliefs with all our hearts without demonizing those who disagree? We do not have to pretend we are the same, or that “all religions lead to the same place.” We can, however, find connecting points amid our diversity and pursue relationship and purpose on this common ground. We can pursue our deepest identity – in faith, politics and worldview – without dividing against ourselves. We can … if we will.

In order to come together for a common good, we need to learn to value community over correctness. We need to resist the urge to be “right” and to “win” a debate, and instead use our convictions for a common good. We live in a world full of varying viewpoints and cultural touchstones. This diversity lends a beauty to life. While life with like-minded people is important for security and development, so is living out these themes in the tension of diversity. One thing I have learned is that I find myself most and most deeply when I live and act among those very different from my version of “normal.” The perspective gained by existing in contradiction with my surroundings has added texture and depth to my faith and worldview. In the process, I have learned to appreciate and love the varying patterns I see around me. I come to a more glorious view of my Creator, who is able to express life and vitality in so many ways. An inevitable byproduct of this view is peacemaking and bridge-building in my community.

If we choose to value community, we will inevitably choose a more peaceful manner of discourse. If we intend to remain in community no matter our differences, we will tread more carefully as we interact. We will value knowing the other over convincing or convicting the other. We will seek to hear and understand our neighbor in an effort to deepen connection. In the process, we will create an environment where we ourselves will be more likely to be heard and understood. The result will be a community where our mutual understanding will deepen and our common goal of peace will more likely come to fruition.

Those who value peace and community building must step out of the shadows and lead the way.

Times like these – where the likes of Terry Jones and his most vocal opponents threaten to undo us – call for the impression of peace on the process of community building. Those who value peace and community building must step out of the shadows and lead the way. Leadership in peace will best come in the form of gentle communication in the face of polarized mud slinging. Such leadership is difficult because the rising din seeks to overwhelm peaceful interaction. Still we press on, making inroads where we can, usually at street level in smaller venues. As we seek these relationships and choose to come together in peace, we draw closer to the center of our personal beliefs even as we draw closer to our neighbors, no matter their personal beliefs. As we draw together, peace is possible and communities are strengthened.

Ultimately, the presence of Terry Jones in a community presents both a threat to peace and a call to claim the best parts of who we are. How we respond to threats such as these will determine if we will move forward in community. Today, I am praying for my cities – Newark and Detroit – that we will press on in our pursuit of the best possible peace and the strongest communities we can experience in such a time as this. We are better together, and we will indeed come together when we choose to live out the best and purest forms of our deepest faith and convictions.

Rev. Randy Van Doornik was raised in Dearborn Heights and Dearborn, and is currently serving as a missionary pastor in Newark, New Jersey for the Reformed Church in America.