You are here: Home / Buzz / A Christian Response: Comparing Bible and Koran

The recent book burning of Pastor Terry Jones [Ed: and his recent visit to Dearborn] has caused understandable concern and mixed emotion. Many Christians with misgivings about Islam find themselves in the uncomfortable position of condemning a horrible book burning without wanting to express too much sympathy for some of the verses inside this particular book. These same Christians wonder if an unfortunate action of one pastor might appear to justify in the minds of some ignorant people, Rosie O’Donnell’s infamous statement from a while back that “radical Christianity is just as threatening as radical Islam” (ABC’s The View, Sept 12, 2006). 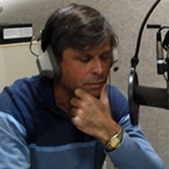 For a sobering examination that moves beyond today’s heightened emotions about Christianity, we’d be well served to examine the words of Jesus Himself. How would Christ have felt about book burnings? And while we’re in the neighborhood, are Jesus’ own words (written down in another sacred book) comparable to the Koran? (Typically spelled Quran or Koran in English.)

For starters, Jesus DID NOT order Christians to kill in His name and conquer the world for His kingdom.  He DID NOT command us to execute all people who will not convert to Christianity.  Mohammad DID command such things in the name of Islam and we’ll look at this command when we’re done examining the Bible.

But if Christ did not give such orders, others did in His name. Yes, we’ve heard it a million times: Christians and Muslims both fought in the Crusades.  Putting aside the fact that in many cases, Christians were trying to take back land that had forcefully been stolen by Muslims, let us concede that the Crusades were nothing for Christians to brag about.  They were far too preoccupied with the Holy Land and they made a mistake in thinking that the cause of Christ was enhanced by such geography. There were also adventurous soldiers in those days that saw the Crusades as a license to plunder and butcher, using Christianity as a rationalization.

But let’s face facts; all ideologies get misrepresented.  The ideology itself  must be critiqued.

Jesus Himself condemned religious hypocrisy in His name:

“Not everyone who says to me ‘Lord, Lord,’ will enter the kingdom of Heaven, but only he who does the will of my Father who is in Heaven. Many will say to me on that day, “Lord, Lord, did we not prophesy in your name and in your name drive out demons and perform many miracles?’ Then I will tell them plainly, ‘I never knew you. Away from me you evildoers’” (Matt. 7:21-23), NIV)

Of course, some would challenge that statement by pointing to Jesus’ words about “bringing a sword.”
“Do not suppose that I have come to bring peace to the earth. I did not come to bring peace, but a sword” (Matt 10:34, NIV).  In context, Jesus was speaking metaphorically, predicting that His movement would divide families.  He did not intend this as a mandate for physical force as demonstrated at His arrest when He commanded Simon Peter to put his sword away. “Put your sword back in its place,” Jesus said to him, “for all who draw the sword will die by the sword” (Matt 26:52, NIV)

It’s true that in the Old Testament, Israelites were commanded to make war against Canaanite countries, but this was because God hated a particular practice of the Canaanites, placing live human babies on the alter to their gods and destroying them (Deut 20:18). Nobody understood God to be insisting that Israel travel the world forcing either conversion or death upon all lands. There are other things to also understand about the Old Testament but taking an appropriate amount of time would warrant a separate article. In any event, Christians get their direction from the New Testament, not the old.

Returning then to the New Testament, how might Jesus have dealt with an idea such as book burning? No incidents of book burning are recorded in the gospels, but we can still draw some conclusions from Christ’s behavior in general. We know, for instance, that Jesus did not refute ideas by attempting to silence His opponents. On the contrary, He engaged in the kinds of dialogues which made the inconsistency of His adversaries crystal clear (Matthew 22).

Given the example of Christ, I am grateful that most Evangelical Christians have condemned Pastor Jones’s burning of the Koran. True, he had a constitutional right but something can be constitutional and stupid at the same time, especially when we consider the red alert atmosphere related to Muslim relations these days. This does not mean people should hold Jones responsible for terrorists who have killed as a result of his actions. Those responsible for murder and violence are the ones who commit murder and violence.

Neither should criticism of Jones translate into a burying of our heads into the sand. Without approving book burnings, we’d be well advised to still pay attention to the concern which inspired this particular book burning. Jones may deserve criticism for his exaggerated methods of protest, but the Koran really is a book filled with commands of Jihad. It also contains strong anti-Christian and anti-Semitic language.

“Prophet make war on the unbelievers and the hypocrites and deal rigorously with them.  Hell shall be their home ….they uttered the word of unbelief and renounced Islam after embracing it.” (Surah 9)

“Believers, take neither the Jews nor the Christians for your friends.  They are friends with one another.  Whoever of you seeks their friendship will become one of their number. God does not guide the wrong doers…. The most implacable of men are the Jews and the pagans.” (Surah 5)

Of course, those are not the only verses in the Koran. Yes there are also verses which talk about peace, but both sets of scriptural passages are in there. While many Muslims focus only on the peaceful verses, others take Jihad commands seriously.

Some might quickly point out that verses of the Koran should be read in context, much as Christians put the words of Jesus in perspective. Fair enough, but the only authentic context is determined by asking what the original author honestly meant to say. Mohammad himself, (author, or more correctly put, a professed messenger claiming to repeat only what he heard from Allah) did conquer with a sword. For this reason, it should be painfully apparent (albeit not Politically Correct) that the Jihad commands were intended by Mohammed to be taken literally and not figuratively as we interpreted the words of Jesus above.

Again, none of this justifies a book burning but we need to be careful, for many would view an honest spotlight on the Koran to be every bit as inflammatory and those who seek laws against book burnings may just end up threatening other kinds of speech.

Even though we can respect a man like General Petraeus and his desire to protect lives, Petraeus’ response to the Koran burning was chilling:

“The American Congress and Senate must condemn this in clear words, show their stance, and prevent such incidents from happening again.” (Reuters, 4-3-11)

How exactly would the government “prevent such incidents” without passing new laws?” And will such legislation be the tip of a much bigger iceberg? Will the day come when those who wish to peacefully critique the Koran find their First Amendment rights in jeopardy? If we go the way of Canada with its “Hate Speech” legislation, all that will have been accomplished is a more sanitized form of book burning called censorship. That should concern true followers of Jesus who are instructed to carry His peaceful gospel message. It should also concern anybody else who loves freedom.

Bob Siegel is a Christian apologist, a weekend radio talk show host on KCBQ, 1170 San Diego, and columnist. Details of his show can be found at www.bobsiegel.net.  Mr. Siegel hosted a debate featuring Dearborn Mayor John O’Reilly on his radio program on July 25, 2010.