You are here: Home / Business / The Joe Girard Story – Sales and Social Lessons from a Top Salesman

How did Joe Girard become the top salesman in the world? Joe referred to it as “spark.” In his own words, “sparks create fires.” His first sparks came painfully at an early age. He was born on the east side of Detroit, Michigan. The initial struggle began with his own father, Antonino Gerard, an extremely poor man of Sicilian birth who found no success in his new country and vented his bitterness, both physically and emotionally, upon his younger son. This was Joe’s first spark: the determination to prove that his father had been wrong. 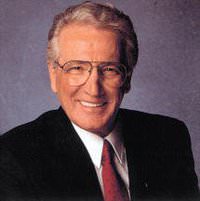 At the same time, Joe’s mother fed him her constant love and belief that, indeed, Joe was capable of succeeding in life. This was Joe’s second spark: to show his mother that her love and judgment had not been misplaced.

After an unsuccessful attempt at formal education, Joe’s schooling ended during the eleventh grade. At the age of 16, Joe obtained full-time employment at the Michigan Stove Company. He earned $75 weekly, his greatest earnings thus far, even though it required 12-hour days, six days a week.

He then went to work as an assistant to a fruit and vegetable vendor. He enjoyed the outdoor work and was proud of his sales ability, but he realized one day that there was no future in this pursuit.

Dispirited and aimless, Joe joined the United States Army Infantry at the age of 18. Ninety-seven days later, he was given an honorable discharge after admitting to previously injuring his back diving for the school swimming team.

Joe had been job hunting without success, but one day, he pleaded with the sales manager of a Chevrolet dealership to hire him as a salesman. The manager was reluctant because of his lack of experience and traditionally slow sales in the month of January, but Joe stated that he would only take a desk somewhere in the rear of the dealership and count on the telephone to provide prospects. That evening he sold his first car and borrowed $10 from the manager to bring a bag of groceries home to his family. In his second month, he sold eighteen cars and trucks. Much to his amazement, the owner of the dealership fired him for being too aggressive.  Some of the other salesmen had complained. At this point, Joe knew he could sell cars.

He had proved it to himself and was ready to prove it to the world — including Antonino Gerard. Joe quickly found employment at Merollis Chevrolet in Eastpointe, Michigan, selling automobiles!

[selfie]Help the Dearborn Free Press continue our mission: Energizing community and commerce in Dearborn, MI – Click here to post a classified message (right on this page) for only ${day_price}. Promote your business, an event, or anything.[/selfie]

Employing two assistants out of his own pocket, “Joe sent out nearly 13,000 greeting cards a month to his customers, celebrating everything from Halloween to Groundhog Day,” according to the Detroit News.  Every year he commissioned an artist to draw up 12 cards and then send them out. That’s all he did. He would send out one card every month. Each card had the same message, “I like you.” So on Valentine ’s Day, major holidays, anniversaries, birthdays, Joe’s clients received a card. It is said that with Joe’s card coming every month, his clients considered him a part of the family.

Joe Girard proved, without doubt, that greeting cards inspire customer loyalty. Joe proved that greeting cards motivate customers to refer their friends. Of course, it was not the paper or colorful ink that did the trick. It was a man who cared enough to recognize and honor his customers’ birthdays, anniversaries, and holidays. The simple act of sending greeting cards aroused a sense of loyalty in his clients.

The engine that drives this powerful business tool is the technology that makes this nearly effortless for you.

So why aren’t you sending cards on a regular basis to increase your sales? It’s probably because of the hassle that’s involved with sending cards.You have to go to a card store, find a card, write a message, put it into an envelope, and take it to the post office. What a pain? But that’s exactly why people appreciate cards when they receive them! They know that you’ve taken a lot of time and effort to send them a card.

But what if you could completely automate the card sending process? What if you didn’t need to do all the traditional stuff to send a high quality, heartfelt card? What if all you needed to do to send a card was to jump online, pick a card, write a message, and push a button. Would you send more cards? Now what if you could send a series of personalized, heartfelt cards over a period of time, with the simple push of a button? Imagine the amount of people you could stay in touch with, the relationships you could maintain and the amount of referrals you could generate… if you could send out multiple cards by simply pushing a button. Send a few cards each year and imagine what the odds will be that YOUR name is the first to come to mind when someone needs your product or service. Sending heartfelt greeting cards on a consistent and regular basis is the key to establishing long-term relationships of appreciation and trust and will get you all the referrals you can handle.

Joe Girard proved it. Sending cards is what helped Joe become the # 1 salesperson in the world for 12 years straight. And Joe isn’t the only one to tout the importance of sending cards to generate referrals. All the top referral marketers say the same thing. Sharing the secret to sending quality heartfelt cards is easy.

Sharon Lagina comes equipped for the business world with a Bachelors degree and Masters degree in education. She is a certified ISO QS 9000 quality auditor. With those experiences, Sharon is focusing on appreciation marketing. Sharon was the 2010 Ambassador of the year for the Dearborn Chamber of Commerce, co-founder of Dearborn Chamber Connect and a manager for SendOutCards.