You are here: Home / Archives for greeting cards 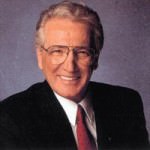 How did Joe Girard become the top salesman in the world? Joe referred to it as "spark." In his own words, "sparks create fires." His first sparks came painfully at an early age. He was born on the east side of Detroit, Michigan. The initial struggle began with his own father, Antonino Gerard, an extremely poor man of Sicilian birth who found no success in … END_OF_DOCUMENT_TOKEN_TO_BE_REPLACED