You are here: Home / Community / Darany Pleads for Unity and Diversity

LANSING, Michigan – State Representative George T. Darany (D-Dearborn) said in a recent press release that “attempts from outsiders to mislead and create fear surrounding the Arab-American community in Dearborn will not be tolerated”. 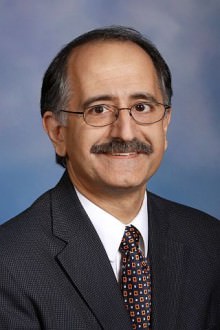 “There is no doubt that diversity has played a strong role in the history of our country,” Darany said. “Our differences contribute to our successes and in Dearborn we stand united with our Arab-American friends and neighbors throughout our community and state.”

In June, House Bill 4769 was introduced to prevent ‘foreign laws’ from being implemented — and to prevent violation of constitutional rights.

The language in bill 4769  is similar to the legislation proposed by Frank Fiorello when he met with Mayor O’Reilly and Dearborn area religious leaders on April 16 of this year to discuss Sharia law. Mayor O’Reilly said at the time: “I was very happy that Mr. Fiorello accepted our offer and found him to be an intelligent and reasonable person. We discussed the history of Muslim participation over 80 years in Dearborn and assured him that Islamic religious law (Sharia Law) is not applied to any civil activities or legal decisions in Dearborn.”

A 2004 survey of metro Detroit area Muslims revealed that 81% are in favor of  Sharia Law in Muslim countries. The  survey does not reveal what kind of legal system the  survey participants would ultimately like to see in the United States. (See  The Detroit Mosque Study: Muslim Views on Policy and Religion, by Dr. Ihsan Bagby of the Institute for Social Policy Understanding for more details.)

Republican sponsors of  House Bill 4769 claim it is designed to protect our constitutional rights, while Darany asserts that it  “is one of the most recent demonstrations of discrimination and attacks on minorities.”

“The Republicans’ continuous attacks, specifically the ones aimed at Dearborn, and their use of fear-based rhetoric to advance their legislative agenda, will not move Michigan forward,” Darany said. “Despite these attempts, Dearborn will once again come together and rise above efforts to use misconceptions to divide our community. In this difficult economic climate, we need to be focused on building a stronger Michigan by supporting our schools, providing better opportunities, and creating jobs for our working families and businesses.”

Darany applauded Dearborn residents for “rejecting the intolerance and ignorance displayed against their friends and neighbors and for continuing to stand together in unity.”