You are here: Home / Buzz / Threats to Free Speech: A Tale of Two Terry Joneses

Within the span of several days, two news items concerning two Terry Joneses helped illuminate the different paths by which speech critical of Islam can be gradually extinguished. 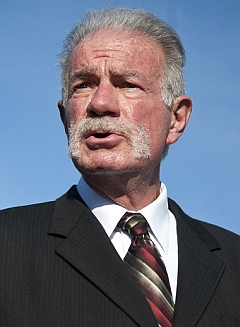 The pastor. Lawyers for one Terry Jones, the Florida-based minister who oversaw a Koran burning in March and handed global jihadists an excuse to rampage, were in a Detroit courtroom on October 6, trying to reverse a half-year-old decision curbing his right to speak and protest.  [The verdict is expected November 10th]

Jones had planned a demonstration on public property outside a Dearborn mosque in April, but a prosecutor petitioned for it to be stopped due to the potential for violence — not by Jones, but by Muslims in earshot of him. The jury found that Jones’ not-yet-uttered words would risk sparking disturbances. The judge then ordered him and a comrade to post a token “peace bond” and stay away from the mosque for three years; they initially refused and were jailed. Note that the conditions imposed in April are likely unconstitutional: the Supreme Court has ruled that authorities cannot suppress a speaker’s rights in an attempt to soothe opponents who respond violently to unpopular views (e.g., Terminiello v. Chicago).

The appeal, with a decision expected in November, calls attention to the first path to freedom’s demise: official stifling of speech about Islam. In the U.S., the trend often is seen in the abuse of public order statutes to muzzle Christians; other Western legal systems prosecute critical remarks via hate speech laws. Say what you will about Jones, but his determination to defend his rights is laudable. The Thomas More Law Center is handling the case and can be thanked here. 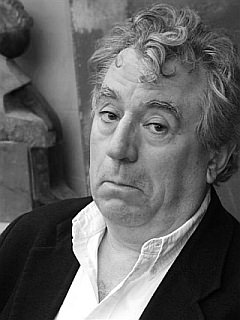 The comedian. The second Terry Jones, a Welsh actor famous for his roles in Monty Python films such as Life of Brian, which spoofs the story of Jesus, underscored the other path — self-censorship — in a recent interview. Jones stated that while “religion seemed to be on the back burner” in 1979, religious belief has “come back with a vengeance and we’d think twice about making” a similar movie these days. What about a film lampooning Islam in particular? “Probably not, looking at Salman Rushdie,” he said. “I suppose people would be frightened.”

Given not only the targeting of Rushdie, but also the murder of Theo van Gogh, the many plots to kill those involved with the Danish Muhammad cartoons, and so forth, it is likely that Jones’ fear of reinvigorated religion has more to do with Islamists than, say, Church of England types. In any case, Jones blames the West for tensions with radical Islam. “I think it’s whipped up by the arms industry,” he opined, citing the alleged need to manufacture enemies.

The comments of this Terry Jones reflect the cowardly, ignorant, and ultimately defeatist phenomenon of voluntary censorship regarding Islam, especially among artists and entertainers. The guilty are legion, from film directors and cable networks to potters and magicians.

This editorial by David J. Rusin originally appeared in Islamist Watch, of the Middle East Forum.