Dearborn, MI — Newspaper editors around the nation follow a tradition each December – picking the top 10 news stories for the year.  The results are a great way of summarizing the big events of the year.  Among the top national and international stories, there are few surprises: Gulf Oil Disaster, Health Care Overhaul, Haiti Earthquake, Decline of the US Economy, Rise of the Tea Party, Chile Mine Rescue, and WikiLeaks … although Vanity Fair claims several editors wanted to make “Sarah Palin Has a Grammatical Error on Her Facebook Page” the top headline of the year.

Every publication tailors their “top news stories” to their unique audience and editorial perspective: Crain’s Detroit offers  the Top 10 Stories  of the Year – from a Metro-Detroit “Motor City” business perspective. The top story in the  “windy city” was the retirement of Mayor Daley – according to the Chicago Sun Times. Middle East based Al Jazeera posted WikiLeaks as the number one story in their list of top 10 stories. Time Magazine’s person of the year is Mark Zuckerberg – founder of Facebook.  These stories impacted our lives in 2010, and provide context for the Dearborn Free Press listing of the Top 10 Dearborn News Stories for 2010.

In preparing our top 10 list, we reviewed the Dearborn Free Press stories that our readers liked the most, posted the most comments about, searched for most frequently, recommended to their friends,  or reposted on Facebook, etc. We reviewed our web logs,  Facebook Insights, Google Analytics, and Flickr popular photo stats to discover the most popular stories in Dearborn for 2010. In summary, this list is based more on reader clicks then editor picks. 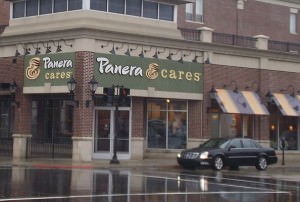 Panera Bread Opens Non-Profit Community Cafe – Over 1000 people clicked the Facebook like button for this story. The story was widely discussed in Dearborn, baked  and reheated by bloggers, and attracted a large audience in places like Boston, MA and New York, NY. Many people “love the concept”, but some are not so sure they want the new non-profit cafe in their neighborhood.

Panera Cares is a new kind of cafe — one that exemplifies an entirely different way of giving back. It is a community cafe of shared responsibility. One of the goals of this charitable program is to ensure that everyone who needs a meal gets one. People are encouraged to take what they need and donate their fair share. 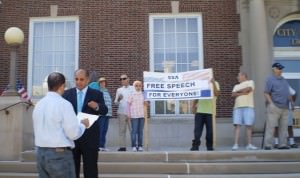 Amazing Grace Amid Profound Controversy – We published several stories about the free speech controversy following the arrest, arraignment, trial and acquittal of the Acts17 apologists (Christian missionaries) – after incidents at the 2010 Arab Festival. Each of these news reports generated a lot of traffic, and could have been ranked in the #2,#3, and #4 spot, but we decided to group them all in the number 2 slot.

This story is a Dearborn sized microcosm of  the international WikiLeaks revelations, with public officials providing the Ministry of Truth version of events – while Acts17 bloggers portrayed an alternate vision of reality for the world to review on YouTube … (Acts17 synopsis of the Dearborn events).

“At the 19th District Court, four Christian missionaries affiliated with the Acts 17 apologetics group where acquitted of inciting a crowd at the local Arab Festival. The jury found them not guilty of the charges of “breach of peace”.  Nabeel Qureshi of Virginia, Negeen Mayel of California and Paul Rezkalla and David Wood, both of New York, were acquitted (found not guilty) of breach of peace, according to reports from 19th District Court officials after the verdict.” 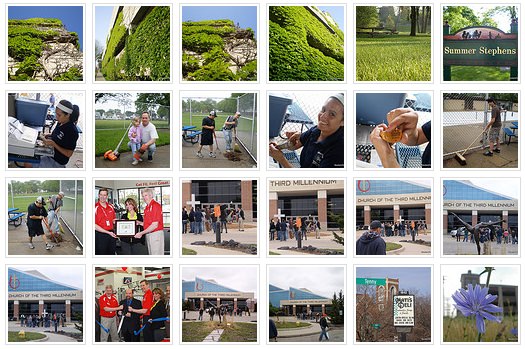 The Dearborn Free Press photo gallery was introduced in May 2010, and is an ongoing experiment in hyper-local photo journalism. The photos attempt to capture  interesting events, people, places, and things in and around Dearborn, Michigan.  Photos cover a variety of subjects — from the magnificent, to the mundane.  (The photo gallery was the 3rd ranked URL/page according to Google Analytics.)

Ford World Headquarters Turns Pink – On September 30th, 2010 Ford World Headquarters turned pink again. Over the past 16 years Ford has dedicated more than $100 million dollars to Susan G. Komen for the Cure® to help fight breast cancer.  Scott Monty (Social Media Maven at Ford Motor Company) might have had something to do with this article receiving so many Tweets, and Facebook likes.

This year’s Harry A. Sisson Memorial Scholarship was presented to Michael A. Makki, a senior at Dearborn High School.  The $5,000 annual award is made possible through an endowment from the Harry A. Sisson Foundation.  Mr. Sisson became a Rotarian in 1917 and patterned his life after the principles of Rotary’s motto “Service above Self.”

Sadly, Michael’s father, Dr. Ali S. Makki also made the list (see #7) when he was convicted of fraud later in the year. 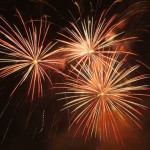 Fantastic Family Activities at Dearborn Homecoming Celebration – Dearborn families looking to have a great time without breaking the bank can find plenty to do at the carnival and other Homecoming favorites such as spirited games, wacky contests and superb live entertainment all weekend long. And, of course, spectacular fireworks displays on Saturday and Sunday. A Dearborn tradition for over 30 years, the 31st Dearborn Homecoming celebration was held August 6-8 at Ford Field. [The June 2010 flood at Ford Field (see #8) had dried up by August.]

Musical entertainment this year was provided by Michael DelGuidice (The Ultimate Billy Joel Experience); Motown sound was provided by the Two and Half Deep Band; and a final concert on Sunday by the country music ensemble – Emerson Drive. 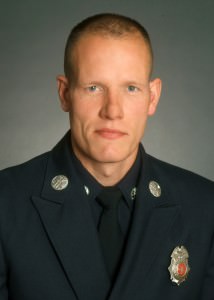 For Ryan Darnell, service above self is a way of life.  Even if that means his life is in constant motion. He is both a Dearborn firefighter and a member of the elite U.S. Air Force Pararescue team, with previous assignments in Iraq and Afghanistan.  Having just come home in September, he is returning to Afghanistan in late December for his third deployment in a zone of conflict.

His two lives parallel each other for drama, strength and heroism, and he keeps a positive outlook about the good he is able to do because of both of his life-saving professions.  The eight-year veteran of the Dearborn Fire Department and a 13-year veteran of the Air Force just found out in mid-November that he is returning to Afghanistan, after only three months being home … 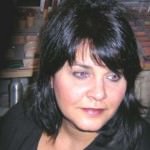 “As the national unemployment rate has risen, so too has competition for existing jobs,” Maurice Tidy explains. “One in ten Michigan residents are currently out of work and a professional appearance is essential to making a good first impression. Staying well groomed and appropriately dressed is critical for job hunters.”