The City of Dearborn has always offered Pastor Terry Jones the opportunity to exercise his right to free speech, and so his announcement to return to Dearborn on April 29 to protest in one of the City’s permit-free zones is consistent with Dearborn’s position all along. 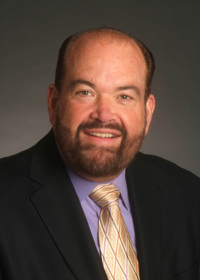 The City is not anticipating any pre-determined outcome to Pastor Jones’ protest on Friday. The City will be preparing appropriately to manage the large crowds that may be drawn to support or counter Pastor Jones’ message.

Since the content of Pastor Jones’ message has never been the issue, the City also believes it is on solid ground regarding potential legal challenges to any action it has taken so far.

The City also notes that Pastor Jones has been given due process under the law at every step from the moment he filed his application to protest in Dearborn, initially set for April 22.

Mayor John B. O’Reilly, Jr. praised Dearborn residents for their measured response to Pastor Jones last week, and for their participation in events promoting the unity of the community.

On Friday, a peaceful gathering at the Henry Ford Centennial Library, one of the city’s designated permit-free zones, attracted about 400 people.

On Thursday, 700-900 people participated in an event at the Islamic Center of America, organized by the InterFaith Leadership Council of Metropolitan Detroit.

This week, Mayor John B. O’Reilly, Jr. encourages residents to continue to focus on the community’s unity and respect for all of the faith traditions.

Because of the high-profile of this case, people may be learning about Dearborn from misinformed sources, so the community’s positive actions will paint an accurate picture of a united Dearborn.

Mayor O’Reilly also feels it is important for residents to understand what happened last week amid the whirlwind surrounding the plans of Pastor Jones to hold his demonstration on April 22.

Mayor O’Reilly recognizes that the dizzying details may have left some with legitimate questions about what really took place. “I’ve been approached by a number of Dearborn citizens who were confused by what happened last week and why. So, as we look ahead to the pastor’s announced return on April 29, I thought I should try to clarify what has occurred so far,” said Mayor O’Reilly.

He provided the following: